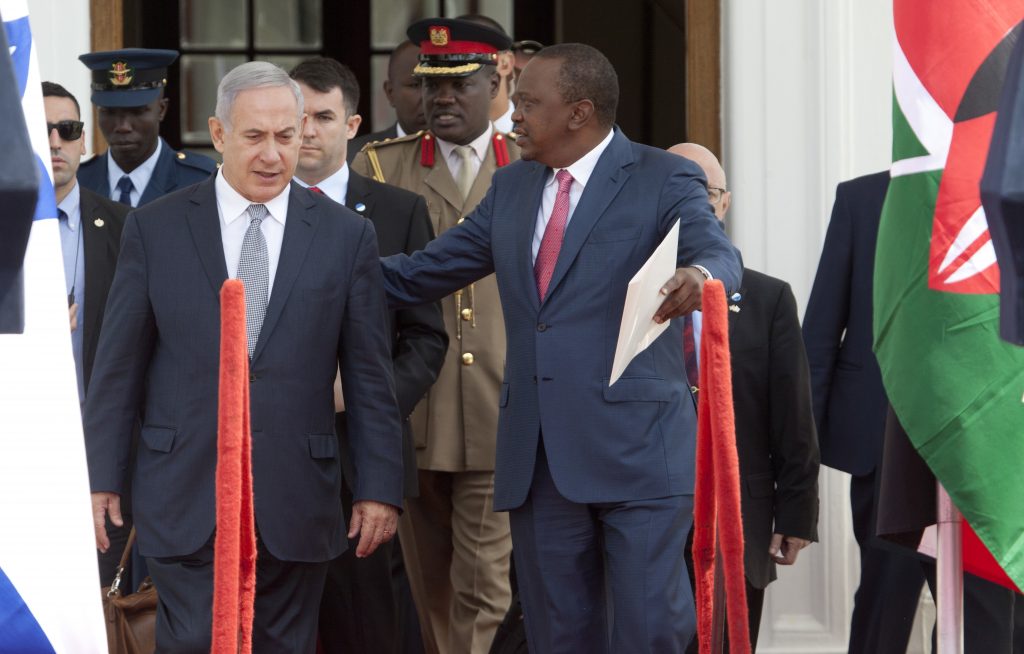 A Kenyan court has ordered the deportation of two Iranian men who were accused of plotting an attack on the Israeli embassy in the capital, Nairobi.

A court order issued Wednesday said an agreement had been reached between prosecutors and the Iranian embassy leading to the termination of criminal charges and deportation.

The suspects, Sayed Nasrollah Ebrahim and Abdolhosein Gholi Safaee, had been in custody since Nov. 29, when they were arrested outside the Israeli embassy with video footage of the facility. They had been traveling in an Iranian diplomatic car after visiting a prison where they saw two other Iranians who have been jailed for 15 years on terrorism charges, according to prosecutors.

They were charged with collecting information to facilitate a terrorist act.

Iranian agents have been suspected in attacks or thwarted attacks around the globe in recent years, including in Azerbaijan, Thailand and India. Most of the plots had Israeli targets.

In June 2013, a Kenyan court convicted two Iranian nationals of plotting attacks against Western targets in Kenya and they were sentenced to life in prison. That sentence was reduced on appeal in February to 15 years in prison.