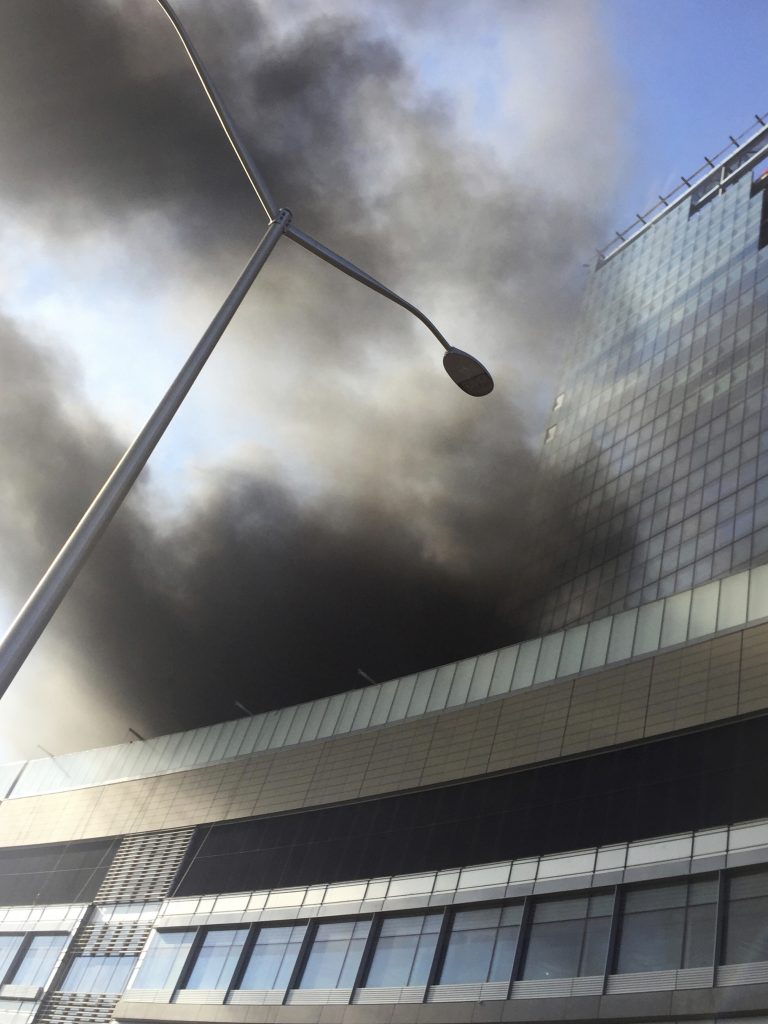 A fire at a New York City hospital building that’s under construction has been extinguished.

Thick black smoke and flames could be seen rising from the roof shortly after the fire erupted around noon, at the NYU Langone Medical Center in Manhattan.

The Fire Department of New York said the fire was brought under control less than an hour after it began. One civilian suffered minor injuries that did not require hospitalization.

The fire was at a building that’s scheduled to open in 2018, according to hospital spokesman Jim Mandler.