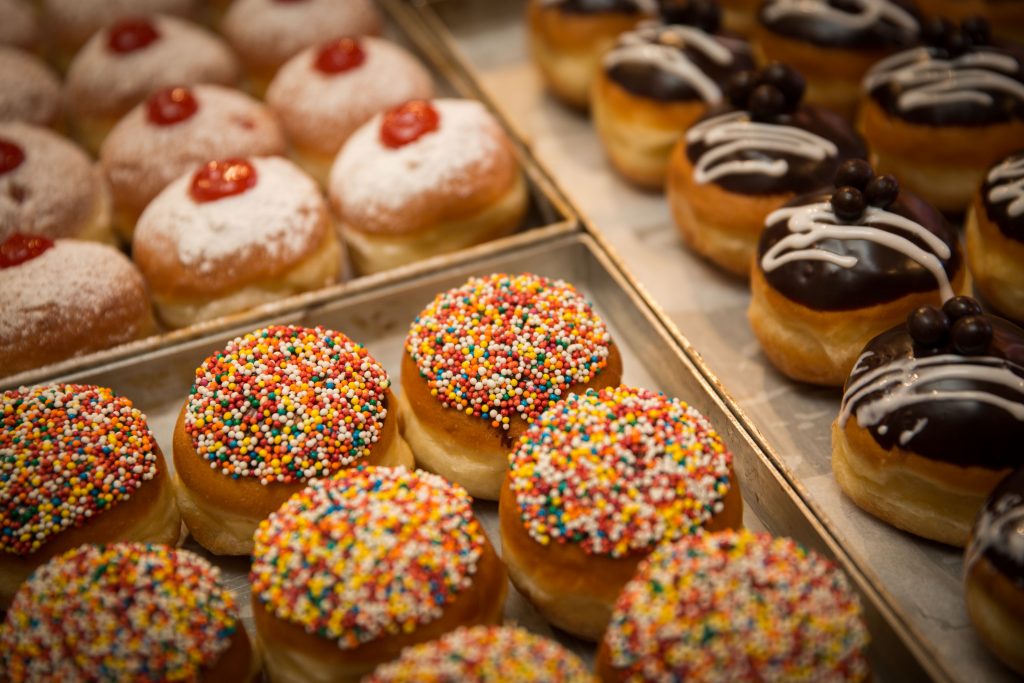 As perhaps could have been expected, the “anti-jelly doughnut” stance of Health Minister Rabbi Yaakov Litzman has elicited a storm of controversy, as bakeries, teachers and ordinary parents said that he had gone a bit too far in his battle against junk food. “I don’t understand the problem with a jelly doughnut once a year,” one kindergarten teacher quoted in Yisrael Hayom said. “This is a symbol of the holiday, it shouldn’t be sacrificed for the sake of health.”

Speaking at a health conference Sunday, Rabbi Litzman said that Israelis would be better off avoiding the classic sufganiyah, the Chanukah-season doughnut most usually filled with jelly. A Chanukah treat, the doughnuts, while tasty, said Rabbi Litzman, are definitely not very good for those who eat. Fried in cheap oils, the average doughnut contains between 400 and 500 calories. Those are empty carbohydrates that raise blood sugar levels, guaranteeing the the eater will hit a sugar high and then sink down – and that s/he will be hungry again within a short period of time.

“There are alternatives to everything,” he said at the conference. “There is no need to stuff our children with these items, which do not provide proper nutrition and are not part of a healthy diet.” Even though the consumption of sufganiyot are a time-honored tradition at Chanukah time, “I would like to see them go out of style. Of course one can have some, as this is a Chanukah tradition, but they are not necessary, as there are alternatives.”

For bakeries, Rabbi Litzman’s comments pose a major challenge – especially at this time of year, when the doughnuts are everywhere. “This is a poor attempt at populism,” said Nooky Ne’eman, one of the owners of the Ne’eman bakery chain. “Chanukah jelly doughnuts are a part of our culture and society. Just like falafel will never disappear from Israeli society, neither will sufganiyot.”

In recent months, Rabbi Litzman has railed against fast food – specifically pointing to fast food chain McDonald’s, which has dozens of branches in Israel – and called on Israelis to avoid such establishments, for the sake of their health.

“We Israelis are among the worst in sugar consumption, and fourth or fifth in child obesity rates,” Rabbi Litzman said at a recent conference on children’s health in Tel Aviv. “This must be stopped, we have to stop giving our children this garbage. It is detrimental to the health of our youth.”

But tradition is tradition, according to the heads of some of Israel’s biggest bakeries. Natan Meirovich, director of marketing and sales in the Berman bakery chain, said that the doughnuts were “a once a year item with a traditional recipe that is itself part of the Israeli Chanukah tradition. We offer, among our other products, a doughnut that comes empty, with the purchasers able to add the jelly and sugar topping as they wish in order to control the sugar level.”