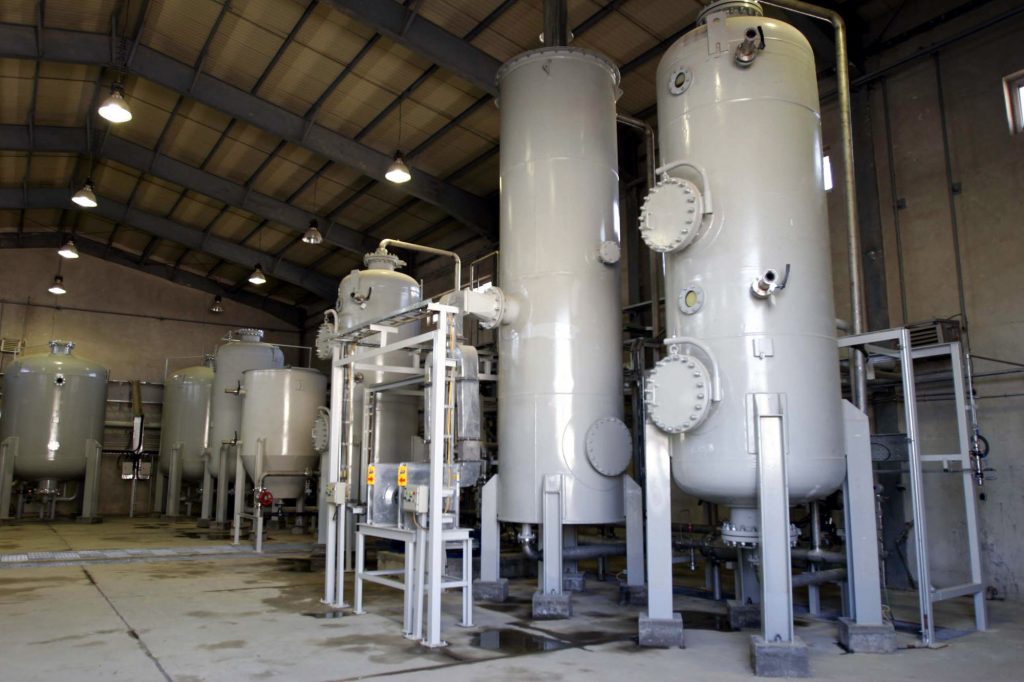 Iran ordered its scientists on Tuesday to start developing systems for nuclear-powered marine vessels in response to what it calls a “U.S. violation” of its landmark 2015 atomic deal with world powers.

Nuclear experts, however, said that President Hassan Rouhani’s move, if carried out, would probably require Iran to enrich uranium to a fissile purity above the maximum level set by the nuclear deal to allay fears of Tehran building an atomic bomb.

Rouhani’s announcement marked Tehran’s first concrete reaction to a decision by the U.S. Congress last month to extend some sanctions on Tehran that would also make it easier to reimpose others lifted under the nuclear pact.

Rouhani described the technology as a “nuclear propeller to be used in marine transportation,” but did not say whether that meant just ships or possibly also submarines. Iran said in 2012 that it was working on its first nuclear-powered sub.

Rouhani’s words will stoke tensions with Washington, already heightened by U.S. President-elect Donald Trump’s vow to scrap the deal, under which Iran curbed its nuclear fuel production activities in exchange for relief from economic sanctions.

Rouhani also ordered planning for production of fuel for nuclear-powered marine vessels “in line with the development of a peaceful nuclear program of Iran.”

But under the nuclear settlement Iran reached with the United States, France, Germany, Britain, Russia and China, it is not allowed to enrich uranium above a 3.67-percent purity for 15 years, a level unlikely to be enough to run such vessels.

“On the basis of international experience, were Iran to go ahead with such a [nuclear propulsion] project, it would have to increase its enrichment level,” said Mark Hibbs, nuclear expert and senior fellow at Carnegie Endowment for International Peace.

“That’s the point, because Iran would be looking for a non-weapons rationale to provocatively increase its enrichment level in the case that the deal with the powers comes unstuck.”

He pointed out that countries with more advanced navies and nuclear programs have been working on propulsion reactors for decades. Such technology might need uranium enriched to around 20-percent purity.

A Russian Foreign Ministry source told RIA news agency that a careful reading of Rouhani’s order showed he was talking only about developing power-supply units for nuclear-powered marine vessels, but not higher-enriched uranium itself, so “strictly speaking” this would not contravene the nuclear deal.

But the source acknowledged that such vessels typically ran on higher-enriched uranium prohibited by the accord.

Edwin Lyman, a nuclear expert at the Washington-based Union of Concerned Scientists, said developing a reactor suited for higher-grade nuclear vessel fuel would take at least a decade.

“(But) these are unfortunate developments. We are very concerned about the future of the (nuclear deal) under the Trump administration and any signs of erosion … must be taken very seriously and immediately addressed by the international community,” Lyman told Reuters.

Rouhani accused the United States in a letter published by state news agency IRNA of not fully meeting its commitments under the nuclear deal.

“With regard to recent [U.S. congressional] legislation to extend the Iran Sanctions Act … I order the Atomic Energy Organization of Iran to … plan the design and construction of a nuclear propeller to be used in marine transportation.”

Members of the U.S. Congress have said the extension of the bill does not violate the nuclear deal that was struck last year to assuage Western fears that Iran was working to develop a nuclear bomb. The act, Congress added, only gave Washington the power to reimpose sanctions on Iran if it violated the pact.

Washington says it has lifted all the sanctions it needs to under the July 2015 deal between major powers and Iran.

Rouhani’s move followed recent remarks by Iranian Supreme Leader Ayatollah Ali Khamenei and his hardline allies harshly criticizing the deal’s failure to yield any swift economic improvements in Iran. Khamenei said last month the U.S. Congress’s prolongation of some sanctions was a clear breach and the Islamic Republic would “definitely react to it.”

There was no immediate comment from the Vienna-based U.N. nuclear watchdog, the International Atomic Energy Agency, which monitors Iran’s nuclear program.