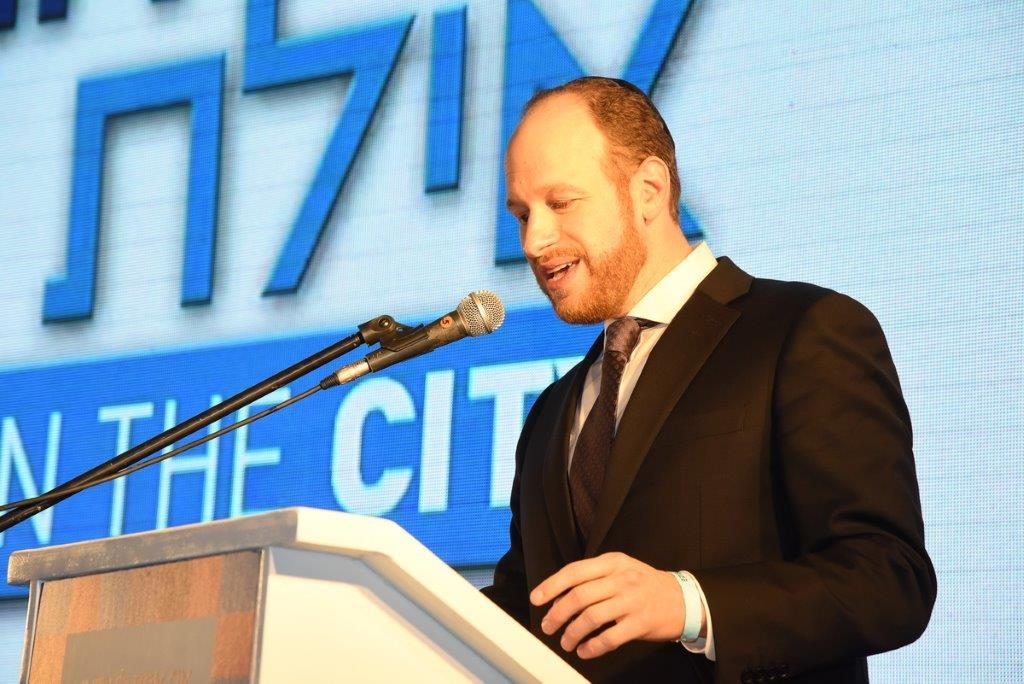 Councilman David Greenfield was honored at Israel’s largest economic development conference last week for his work in bringing together the Israeli and New York real estate communities on development and affordable housing.

Greenfield, who chairs the council’s land use committee that oversees the city’s land, spent 48 hours in Israel at the Nadlan in the City Conference, an annual gathering of real estate and development professionals. He was the recipient of the Israeli Building Center’s 2016 Leadership Award.

“In his tireless advocacy on behalf of the Jewish community around the world, Councilman David Greenfield truly personifies leadership,” said Nadlan founder and president Eran Rolls. “New York and Israel are truly blessed to have such an outstanding leader promoting economic development between us.”

In his keynote remarks at the conference, which was attended by 2,700 experts, leaders and investors, Greenfield emphasized the importance of connecting the thriving communities in Israel and New York so that both will continue to see robust development that is responsive to the needs of the people who live there.

“Billions of dollars come into New York’s real estate and development community from Israel every year,” Greenfield said. “It’s good for America and Israel that these funds are invested successfully. I am committed to working with you to make sure that you have continued success in your real estate ventures.”