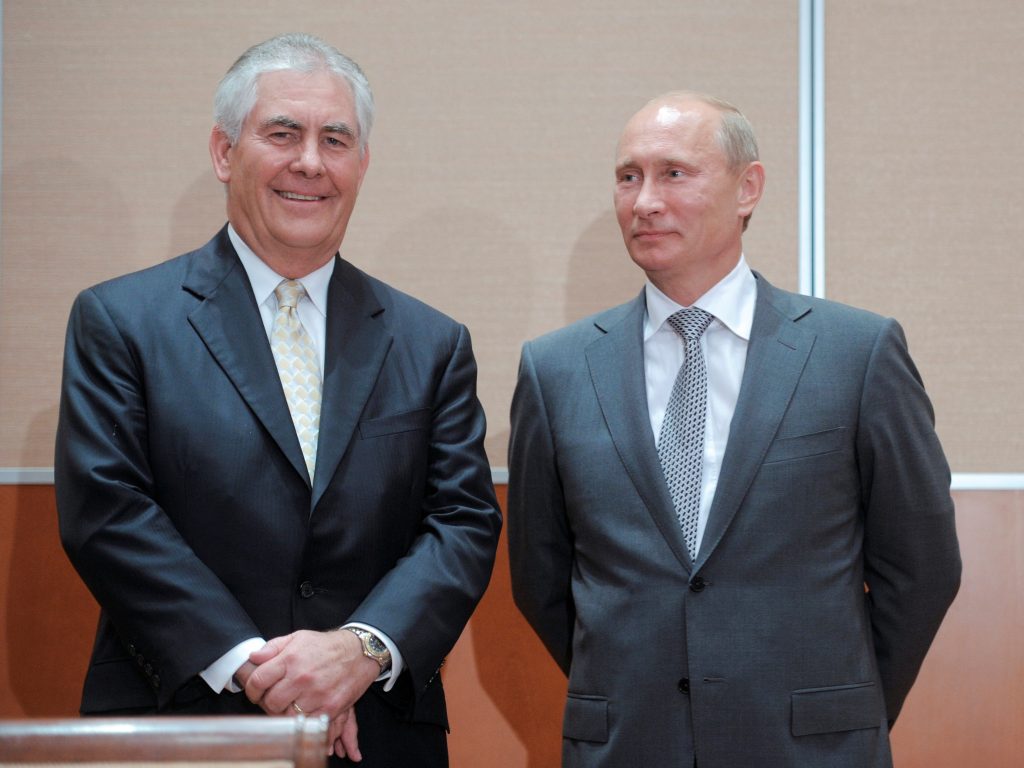 ExxonMobil Chief Executive Officer Rex Tillerson will be President-elect Donald Trump’s choice as secretary of state, a source familiar with the matter said on Monday, but he could face a struggle getting confirmed by U.S. senators concerned about his close ties to Russia.

Trump will announce his pick as secretary of state on Tuesday morning, and the source said it would be Tillerson. Trump called Republican Mitt Romney, another candidate for the top diplomatic job, to tell him he would not get it.

Lawmakers from both major parties have raised questions about Tillerson and former U.N. Ambassador John Bolton, who has been mentioned as a possible No. 2 State Department official and has voiced hawkish views on Iraq and Iran.

In a separate development, Trump is expected to pick former Texas Governor Rick Perry as his nominee for energy secretary, the source said. Perry met Trump on Monday at Trump Tower in New York.

Republicans and Democrats said Tillerson, who is also president of ExxonMobil corporation, would be asked about his ties to Russia, having met President Vladimir Putin several times. He won fresh praise from Moscow on Monday.

In 2013 Putin bestowed a Russian state honor, the Order of Friendship, on Tillerson, citing his work “strengthening cooperation in the energy sector.”

Senator John McCain, a leading foreign policy voice and 2008 Republican candidate for president, told Reuters in an interview: “I have concerns. It’s very well known that he has a very close relationship with Vladimir Putin.”

Calling Putin “a KGB agent who is bent on restoring the Russian Empire,” McCain said he would await confirmation hearings if Tillerson is nominated before making a judgment on the nomination.

Another Republican, Senator Marco Rubio, who serves on the Senate Foreign Relations Committee that would review a Tillerson nomination, has voiced similar worries.

Renewed allegations of Russian hackers meddling in the Nov. 8 election, coupled with Trump’s stated admiration of Putin, have stoked concern. Washington is at odds with Moscow over a range of issues that include Syria, Ukraine and NATO’s presence in Eastern Europe.

Republican Senate Majority Leader Mitch McConnell said he was optimistic that Trump’s nominees would be confirmed by the Senate, but he declined to comment on any future nominees such as Tillerson. McConnell called all of Trump’s choices so far “pretty impressive.”

Senator Charles Schumer, the incoming Senate Democratic leader, told CBS that “the bottom line is, every one of these nominees, particularly a guy like Tillerson, needs a thorough, thorough hearing…. Talks about his closeness with Putin will come forward,” Schumer said.

Bolton has also generated bipartisan concern. On Sunday Republican Senator Rand Paul said he would work to stop Bolton from being confirmed to any Trump administration post.

“His worldview is naive,” Paul said on ABC. “He still believes in regime change. He’s still a big cheerleader for the Iraq war. He’s promoted a nuclear attack by Israel on Iran. He wants to do regime change in Iran.”

In 2005 then-President George W. Bush installed Bolton as U.S. ambassador to the United Nations in a temporary “recess appointment” that sidestepped U.S. Senate confirmation. He took that step after Democrats used procedural rules in place at the time to block the nomination. Bolton left the job at the end of 2006 when the temporary appointment was ending.

Senate rules have since changed, making it harder for a minority of senators to stop judicial and executive branch nominations.