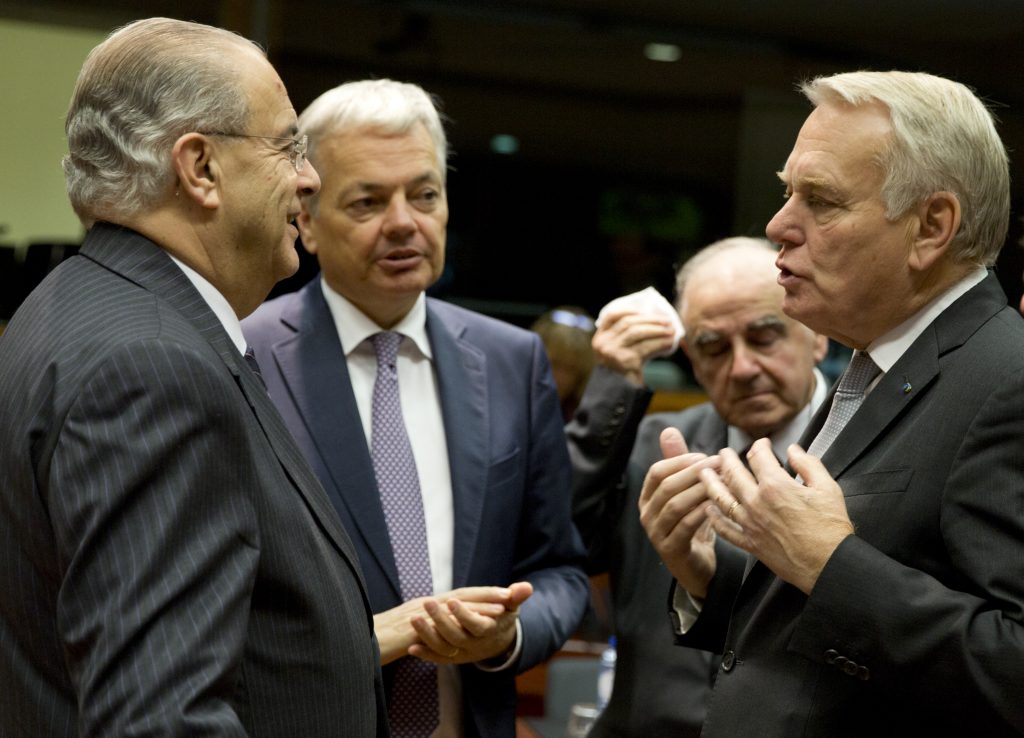 The European Union debated Tuesday how to move forward in membership talks with Turkey amid a push to freeze the negotiations in response to the government’s security crackdown since the failed coup.

President Recep Tayyip Erdogan has ordered the detention of tens of thousands of people and forced many more from public service jobs in recent months. The EU has watched this going on because it desperately needs Turkey to manage the bloc’s refugee emergency and is wary of angering him.

The EU has offered Turkey fast-track membership talks, visa-free travel for its citizens and billions of euros for Syrian refugees in the country for Ankara to stop tens of thousands of migrants trying to reach Europe.

But Belgian Foreign Minister Didier Reynders said his country “will say that it’s impossible to open new chapters for the accession process,” as EU foreign and European affairs ministers gathered in Brussels to discuss the bloc’s expansion.

Reynders said it is important to cooperate with Turkey to fight terrorism, exchange information about foreign fighters from Europe traveling to Syria and Iraq and to manage the refugee crisis. But on membership, he said, “it’s difficult to go further with such a situation in Turkey.”

Turkish authorities have arrested almost 38,000 people and purged more than 100,000 others from government jobs, including the armed forces, since the thwarted coup on July 15.

On Monday Austria demanded that membership talks be frozen, with Foreign Minister Sebastian Kurz saying, “it is wrong to continue accession negotiations as if nothing negative has happened in Turkey.”

He went further Tuesday in an opinion piece with the leader of the European Parliament’s biggest political grouping, Manfred Weber, in the daily Die Welt.

“Turkey’s accession would be of a dimension for the EU that would significantly overburden the union politically and economically, and could strengthen the centrifugal forces in the union even as far as destroying it,” Kurz and Weber wrote. “We should have this realism and the honesty to express it.”

The two wrote of “a tailored partnership with mutual rights and obligations” instead of membership, echoing a position long held by Germany and France.

Speaking in Ankara on Tuesday, Foreign Minister Mevlut Cavusoglu said Turkey wants to be on “equal footing” with the EU and remains committed to achieving membership.

“Instead of giving lessons, let’s work together as equals,” he said.

Ultimately, Austria and Belgium appear to have little support. Even Germany’s State Minister for Europe, Michael Roth, warned Tuesday that “we should not in these difficult times close any doors.”

Turkey began membership talks in October 2005, but they have moved at snail’s pace compared to other candidates.

“We are talking about an artificial debate because the accession negotiations have come to a standstill for months,” said the EU’s Enlargement Commissioner Johannes Hahn.