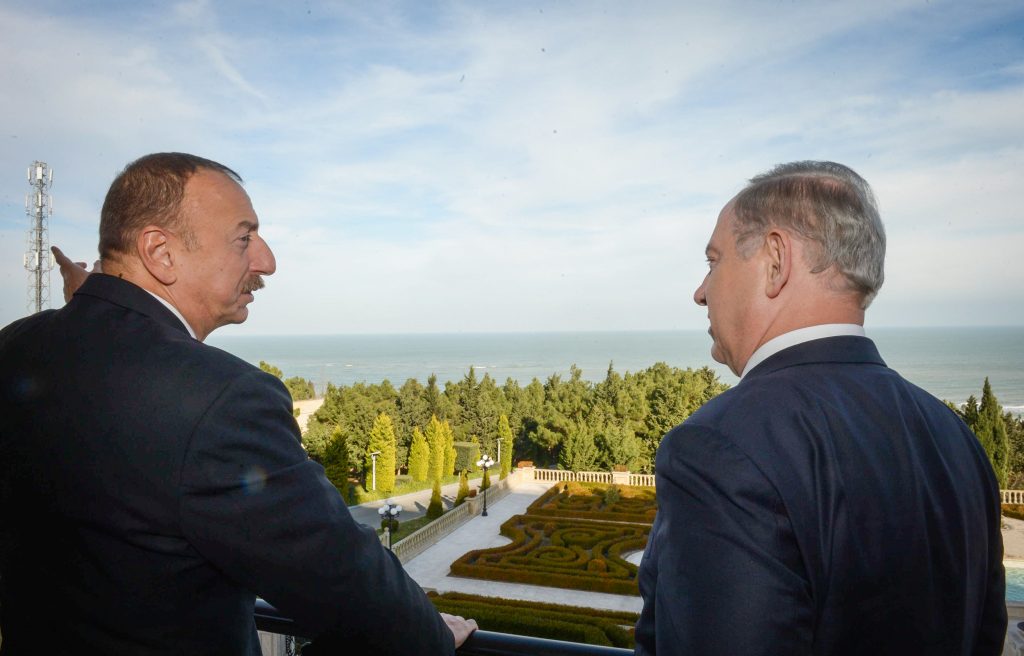 A routine tie-strengthening visit to Azerbaijan was livened up on Tuesday by Azerbaijani President Ilham Aliyev’s disclosure that his country has bought almost $5 billion worth of weapons and security equipment from Israel over the years.

At a joint press conference in Baku with Israeli Prime Minister Binyamin Netanyahu, in what seemed almost a casual aside, Aliyev followed remarks about boosting tourism with Israel, by saying, “Also we actively cooperate in the area of defense industries and this cooperation lasts already for many years. I’ll just bring you one figure to illustrate how broad this cooperation is:

“So far the contracts between Azerbaijani and Israeli companies with respect to purchasing of defense equipment is close to 5 billion dollars. More precisely — $4,850,000,000. The biggest part of these contracts has already been executed and still we are continuing to work on that and we are very satisfied with the level of this cooperation,” Aliyev said.

While a two-hour meeting between the two leaders centered on economic cooperation agreements, promotion of Israeli missile defense systems for sale to Azerbaijan was also on the agenda, according to The Jerusalem Post.

Azerbaijan has hostile relations with neighboring Iran which has repeatedly condemned the country’s Israeli connection, claiming that it serves as a forward base for Israel to gather intelligence and prepare for a potential military strike against Iran.

Four economic cooperation agreements in the fields of agriculture, prevention of double taxation, and mutual quality standards were signed.

It was noted that the initiation of a direct flight between Israel and Azerbaijan is expected to increase the number of tourists in both directions.

Aliyev is proud of his country’s good relations with Israel and with its own Jewish community. There are seven synagogues in Azerbaijan, and Netanyahu was scheduled to visit one of the Jewish schools, Chabad Or Avner, an education center started in 2010.

After six hours in Azerbaijan, Netanyahu flew to Kazakhstan for meetings on Wednesday. There he will meet Kazakh President Nursultan Nazarbayev, before returning to Israel on Thursday.

Kazakhstan, a majority Sunni Muslim nation, will hold a rotating seat on the U.N. Security Council for the next two years.