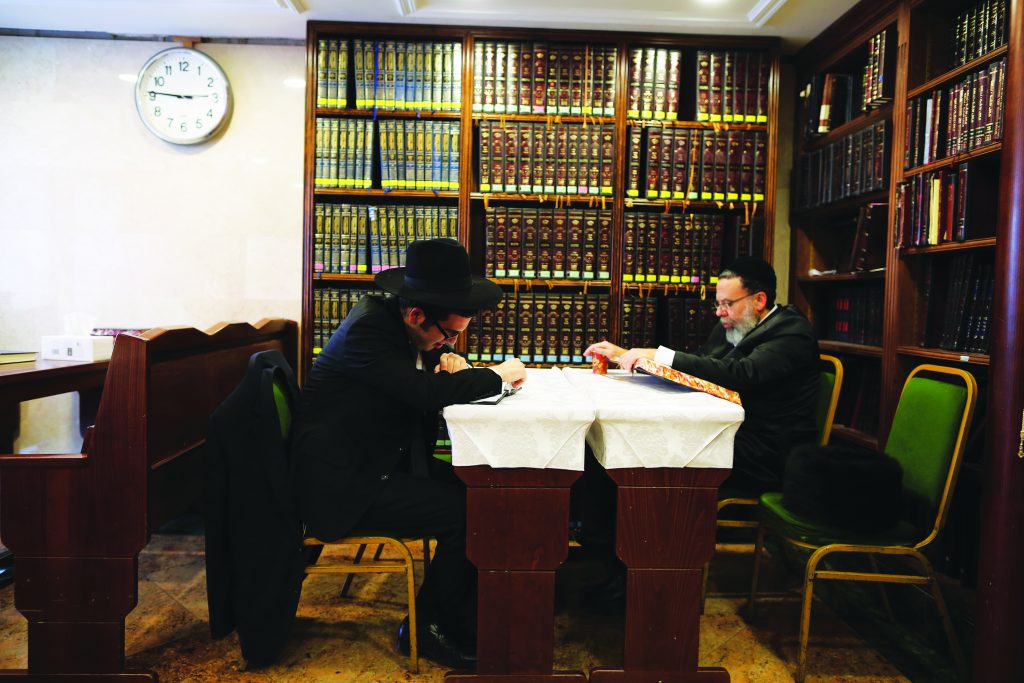 The British government adopted an official definition of anti-Semitism Monday in hopes of curbing the use of hostile language toward Jews after the opposition Labour Party was engulfed in controversy over the issue.

Having a clear definition will make it easier for political leaders to root out anti-Semitism, which is sometimes obscured by debates over what constitutes anti-Jewish language, Prime Minister Theresa May said. While the definition isn’t legally binding, it can be adopted by universities and other institutions that are struggling with this issue, she said.

Police already use a version of the definition.

“It means there will be one definition of anti-Semitism — in essence, language or behavior that displays hatred towards Jews because they are Jews — and anyone guilty of that will be called out on it,” the prime minister said.

Speaking to the Conservative Friends of Israel in London, May said it was “disgusting” that anti-Semitic rhetoric was part of British politics, adding that this was mainly a problem within “the Labour Party and their hard-left allies.”

A parliamentary committee in October criticized Labour leader Jeremy Corbyn for not doing enough to fight anti-Semitism in the party. The report came after two prominent party members were suspended amid allegations that they had made anti-Semitic remarks. The party’s own investigation found that there was evidence of “ignorant attitudes” that created an “occasionally toxic atmosphere” toward Jews.

Corbyn’s spokesman told Press Association that the Labour leader had spoken out against all forms of anti-Semitism and set up an inquiry that led to far-reaching changes in the party.

The number of anti-Semitic incidents reported to U.K. police jumped to 629 in the year through March 2015, from 318 in the previous 12 months, according to police statistics.

The government adopted the definition of anti-Semitism developed by the International Holocaust Remembrance Alliance, an intergovernmental organization with 31 members, including the U.K., U.S. and Israel.

The definition states that “Anti-Semitism is a certain perception of Jews, which may be expressed as hatred toward Jews. Rhetorical and physical manifestations of anti-Semitism are directed toward Jewish or non-Jewish individuals and/or their property, toward Jewish community institutions and religious facilities.”

Jonathan Arkush, president of the Board of Deputies of British Jews, “warmly welcomed” the prime minister’s decision.

“With anti-Semitism on the rise, it has become essential to have a clear definition against which to assess attitudes that are or may be racist,” he said in a statement.