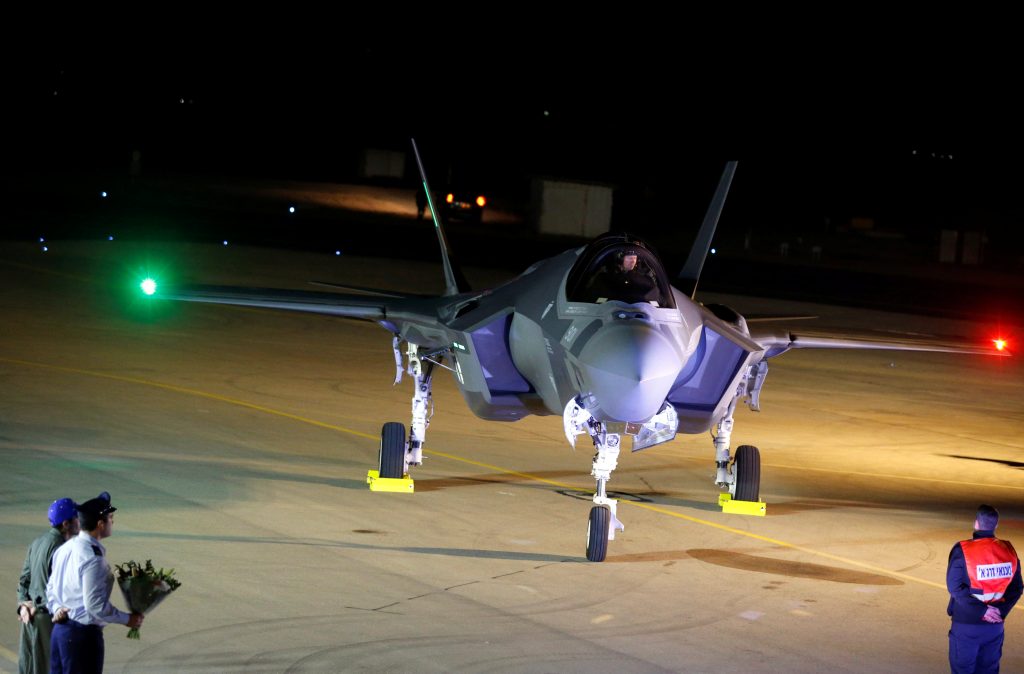 Israel on Monday became the first country after the United States to receive the U.S.-built F-35 stealth jet which will increase its ability to attack distant targets, including Iran.

The much-hyped arrival of the first two fighter jets was overshadowed by President-elect Donald Trump’s social-media post that Lockheed Martin’s whole F-35 project was too expensive. The delivery was also delayed for hours by bad weather preventing their take-off from Italy.

The squadron is expected to be the first operational outside the United States. The planes are the first of 50, costing around $100 million each.

Prime Minister Binyamin Netanyahu applauded the arrival of the jets at the Nevatim air base in the southern Negev desert.

U.S. Defense Secretary Ash Carter, also attending the ceremony which was delayed until after dark, said the planes were critical to maintaining Israel’s military edge in the region.

A U.S. squadron of the planes, which have suffered delays and cost overruns, became operational in August. The F-35 program is the Pentagon’s largest weapons project.

“The F-35 program and cost is out of control,” Trump wrote earlier Monday, sending Lockheed Martin’s shares down 4 percent.

Jeff Babione, Lockheed Martin’s F-35 program leader, said the company understood concerns about affordability and had invested millions of dollars to try to reduce its price.

Israel, which finalized a 10-year, $38 billion arms deal with the United States this year, plans to maintain two F-35 squadrons.

Critics of the plane say it can carry a smaller weapons payload and has a shorter range than Israel’s current squadrons of U.S.-built F-15s and F-16s.

But some experts say the F-35’s stealth capabilities make up for this because it can be more accurate and fly a more direct route to its target. Israel’s air force mostly flies missions close to home, in the Gaza Strip and against arms shipments to Hezbollah in Lebanon and Syria.

Israel is also believed to have carried out bombings in Sudan against arms shipments to Palestinian terrorist groups, and to have drawn up contingency plans against Iranian nuclear facilities.

Israel initially ordered 33 of the fighters but signed off on another 17 last month.

“(There are) very low- to very high-altitude missiles … and targets that are becoming more and more difficult to detect and to destroy,” he said.