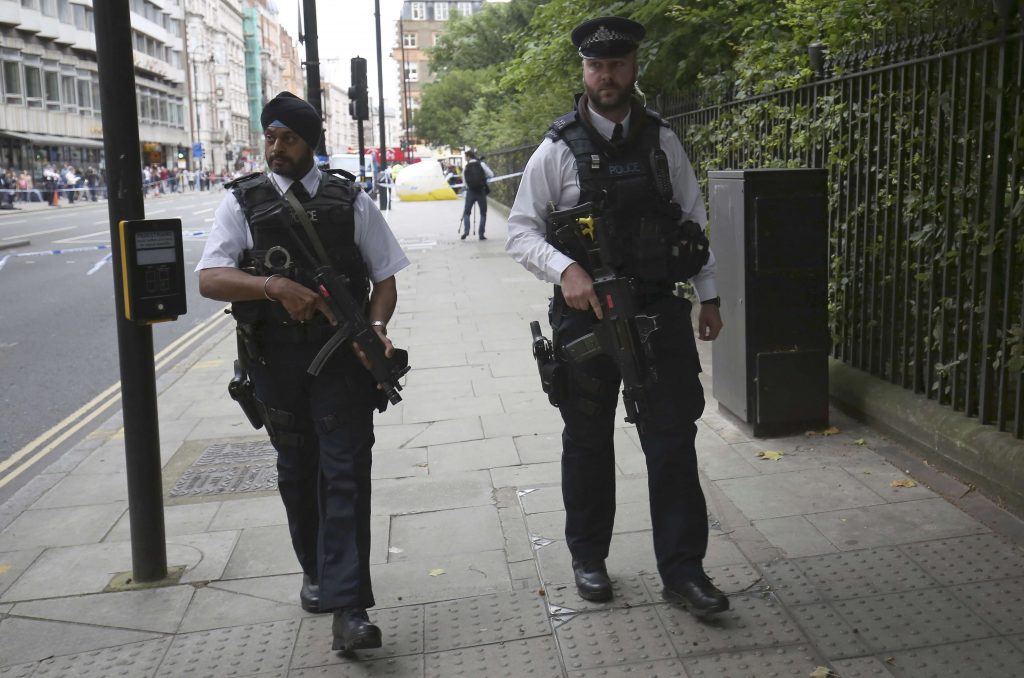 British police said they had arrested six people in antiterrorism raids across central England and London on Monday.

Officers held four men from Derby and another in Burton-on-Trent in central England while a woman was also arrested in London on suspicion of preparing an act of terrorism.

“We recognize that local people may have concerns as a result of these arrests and local officers will be out in the area as usual to speak to anyone who may have concerns,” a statement from the North East Counter Terrorism Unit said.

“We would ask people to remain alert and vigilant but not to be alarmed and we are grateful for the assistance, support and understanding of people locally.”

There was no further detail about the allegations.

Six properties were being searched as part of the investigation while the five men, aged 22, 35, 36, and two 27-year-olds, and the 32-year-old woman, were in police custody.

Britain is on its second highest threat level – meaning an attack by militants is considered highly likely. Last week Britain’s foreign intelligence chief said Islamic State terrorists were using turmoil in Syria to plot attacks against the United Kingdom and her allies.