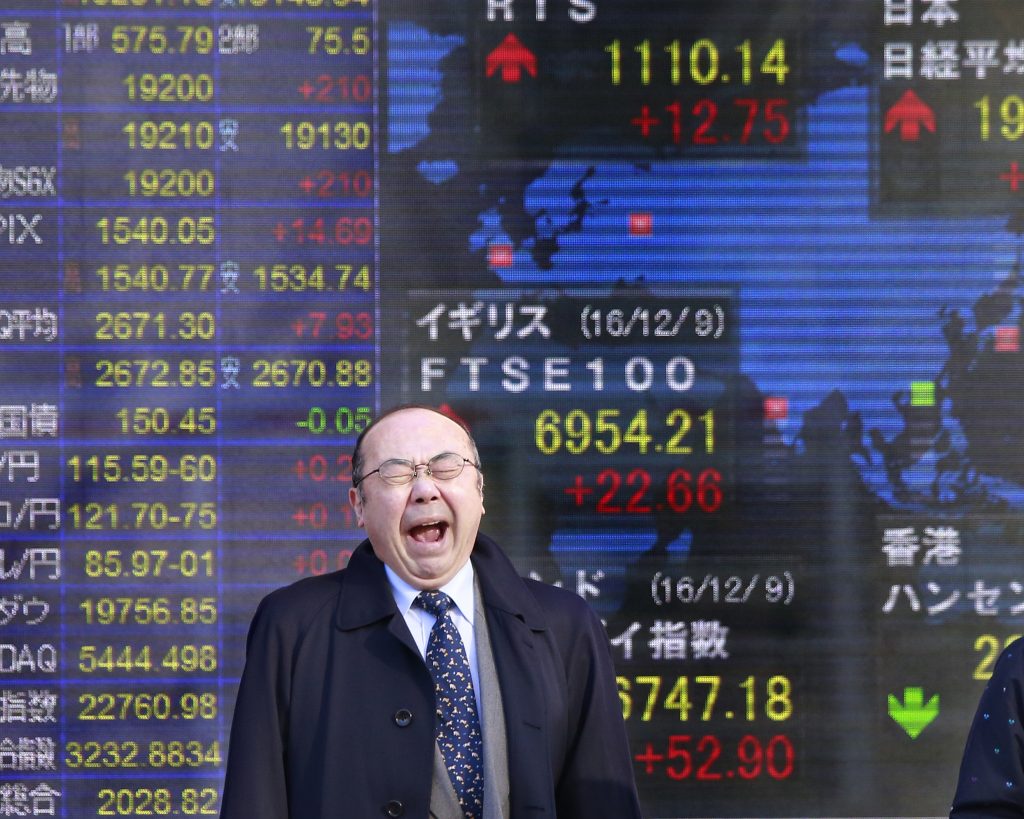 Asian markets were mixed Monday ahead of a Federal Reserve meeting that is widely expected to raise U.S. interest rates and as oil prices soared after producers agreed to reduce output. South Korean stocks were unchanged following the impeachment of the country’s president.

Investors expect Fed governors, meeting Thursday, to raise rates for only the second time in a decade. The Fed has kept rates close to zero since the 2008 global crisis but its leaders have indicated the U.S. economy has strengthened enough to start gradually returning to normal policy. The election of Donald Trump, who has promised tax cuts and higher spending, has raised questions about whether the Fed will delay future moves to see how that plays out. Investors are expected to look closely at the Fed’s comments on its economic outlook for clues to its next move on rates.

“A quarter-point rate hike looks almost certain,” said Jim O’Sullivan of High Frequency Economics in a report. “The tone of the statement will probably be a more upbeat than last time, but we don’t expect projections to change significantly.”

The club of major oil exporters persuaded 11 nonmembers to cut oil production, a move aimed at draining a worldwide oil glut and boosting low prices that have squeezed government finances in Russia and Saudi Arabia. The Organization of Petroleum Exporting Countries said nonmembers agreed to cut 558,000 barrels per day for six months starting Jan. 1. Those nonmember cuts come on top of an OPEC decision Nov. 30 to reduce member output by 1.2 million barrels a day. Saudi oil minister Khalid Al-Falih said Saturday’s deal would stabilize the market through next year and encourage industry investment. Al-Falih said the deal “is meant to accelerate the natural process of rebalancing” the oil market.

U.S. stocks rose for a sixth day Friday. Big gains went to companies that have been mostly left out of the post-election rally, including health-care companies and makers of household goods. Coca-Cola and Pfizer both gained 2.5 percent. Investors have mostly avoided consumer goods makers and health companies in recent weeks. Instead they have bought banks and machinery companies, which could benefit more from a faster-growing economy.