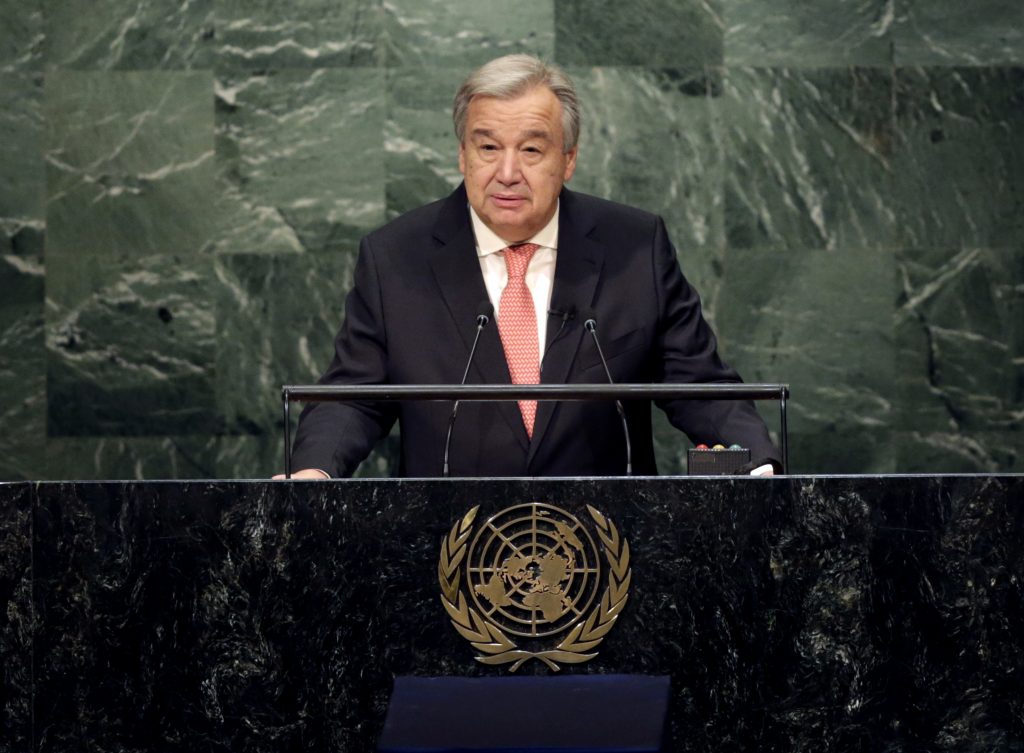 Former Portuguese prime minister Antonio Guterres was sworn in Monday as secretary-general of the United Nations, becoming the ninth U.N. chief in the body’s 71-year history.

The former U.N. refugee chief was elected to the top job by acclamation in the General Assembly in October. He takes over from Ban Ki-moon on Jan. 1.

Guterres, 67, performed well in answering questions before assembly members and his executive experience as prime minister and as the U.N. high commissioner for refugees from 2005 to 2015 propelled him to first place among 13 candidates vying for the job in informal polls in the Security Council. After the sixth poll, the council nominated him by acclamation and his name was sent to the assembly for final approval.

“We have every confidence he will lead our organization with wisdom and rectitude,” said G.A. President John William Ashe.

The swearing-in came after the 193 General Assembly members paid tribute to Ban, a tribute that ended with a standing ovation for the native South Korean.

The selection of a new secretary-general had traditionally been decided behind closed doors by a few powerful countries. But this year, the process involved public discussions with each candidate who was campaigning for the job.

U.N. chiefs are charged with promoting sustainable development, working for peace around the globe, protecting human rights and dealing with humanitarian catastrophes.