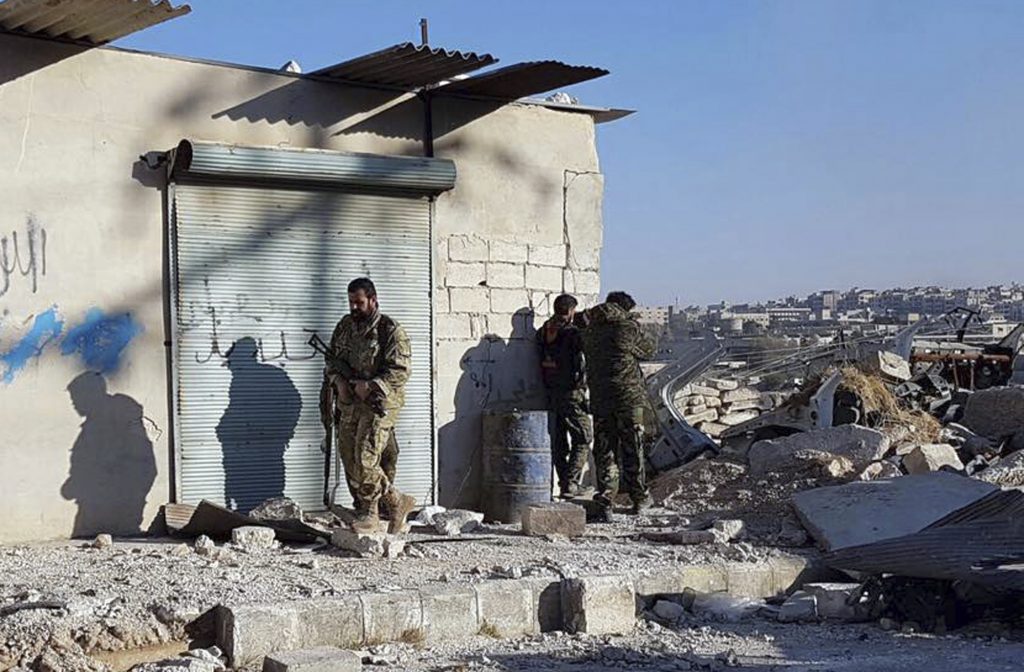 The United States and Russia on Sunday tabled a proposal to rebels in Aleppo that would offer safe passage from the city for fighters, their families and other civilians, three opposition officials with Aleppo rebel groups told Reuters.

The rebel groups in Aleppo have yet to respond to the proposal, the officials said. The proposal promised rebel fighters a “secure” and “honorable” withdrawal from the city, they said.

If rebels accept the proposal, it would restore Syrian President Bashar al-Assad’s full control over rebel-held areas of eastern Aleppo, his biggest victory yet in the civil war that has shattered his country.

The Russian-backed Syrian military and its allies have captured swathes of rebel-held eastern Aleppo in a ferocious military campaign, squeezing rebel fighters and tens of thousands of civilians into an ever shrinking enclave.

Under the proposal, the Syrian government and its allies would guarantee safe passage for fighters, their family members, and other civilians from the city.

The rebel groups in the city have previously said they would not leave eastern Aleppo, while demanding safe passage for civilians who wish to leave to areas to the north of Aleppo near the border with Turkey.

A draft of the proposal sent to Reuters from two of the rebel officials said the Syrian government and its allies would give a public guarantee that fighters and civilians leaving the city would not be detained or harmed, and guarantee the safety of civilians who wish to remain in the city.

It would require fighters from the jihadist group formerly known as Nusra Front to head to the northwestern province of Idlib. But it would allow fighters from other groups to go to other destinations, including areas near the Turkish border to the northeast of Aleppo, which are held by groups fighting under the banner of the Free Syrian Army.

Implementation would be carried out over a 48-hour period, and U.N. oversight would be sought. Fighters would be allowed to take their light weapons with them, but must leave heavy weapons behind, the proposal said.