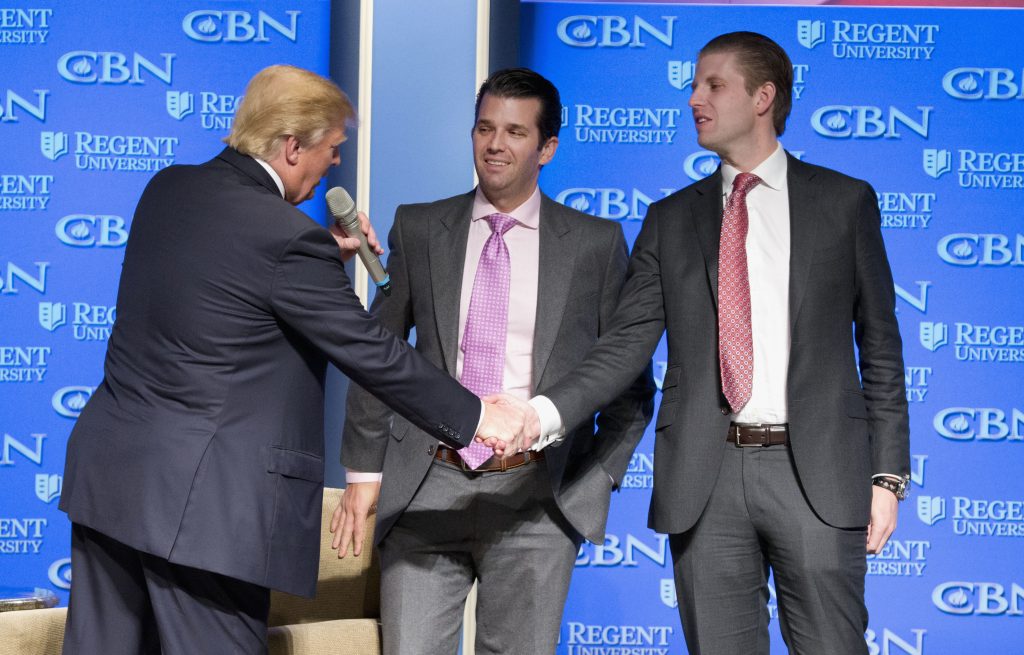 President-elect Donald Trump said in an interview Sunday that his executives would run his business empire alongside his children, pushing back against charges that his vast real-estate holdings would pose a conflict of interest for him in the White House.

Trump has said he will leave day-to-day control of his business but has not yet offered details of how he intends to separate himself. He is planning to hold a news conference on Thursday to discuss the future of his company.

In an interview with Fox News on Sunday, Trump said he would not be “doing deals at all.”

“My executives will run it with my children. It’s a big company, it’s a great company. But I’m going to have nothing to do with management,” Trump said. He also noted that when he ran for president, “everybody knew that I was a very big owner of real estate all over the world.”

But in a sign of how Trump continues to play a role with his company while he fills out his Cabinet, the incoming president said he had turned down “seven deals with one big player, great player, last week because I thought it could be perceived as a conflict of interest.”

Since his victory last month, government ethics lawyers have pressured Trump to sell his assets and put the money in a blind trust overseen by an independent manager not related to him. They contend that approach is the only way to avoid conflicts between his sprawling business holdings of roughly 500 companies in more than a dozen countries and his work as president.

Trump owns golf clubs, office towers and properties in several countries and has struck licensing deals for use of his name on hotels and other buildings around the world. One of Trump’s lenders, Deutsche Bank, is in settlement talks with the Justice Department over its role in the mortgage blowup that sparked the 2008 financial crisis.

Presidents are not required to set up blind trusts. While federal ethics rules place strict limits on nearly all government employees and elected officials, the rules do not apply to the president.

Trump, in the interview, gave no indication that he was considering taking steps to sell assets or create a blind trust. The Trump Organization has said previously that the future president intends to transfer control of the company to his three adult children.

Asked about his children’s roles, Trump said, “It’s totally different. They’re not president.” He added that his children are “not making deals either, for my company.”

During the campaign, Trump repeatedly assailed former Secretary of State Hillary Clinton’s ties to foreign governments and corporations that had donated money to her family’s charity, the Clinton Foundation, and asserted that it had created a massive conflict of interest.

Pressed on his company profiting from foreign countries booking events at Trump’s new Washington hotel, Trump argued that the circumstances – and his deal-making – were different. “You know, under the law, I have the right to do it. I just don’t want to do it. I don’t want to do deals, because I want to focus on this.”