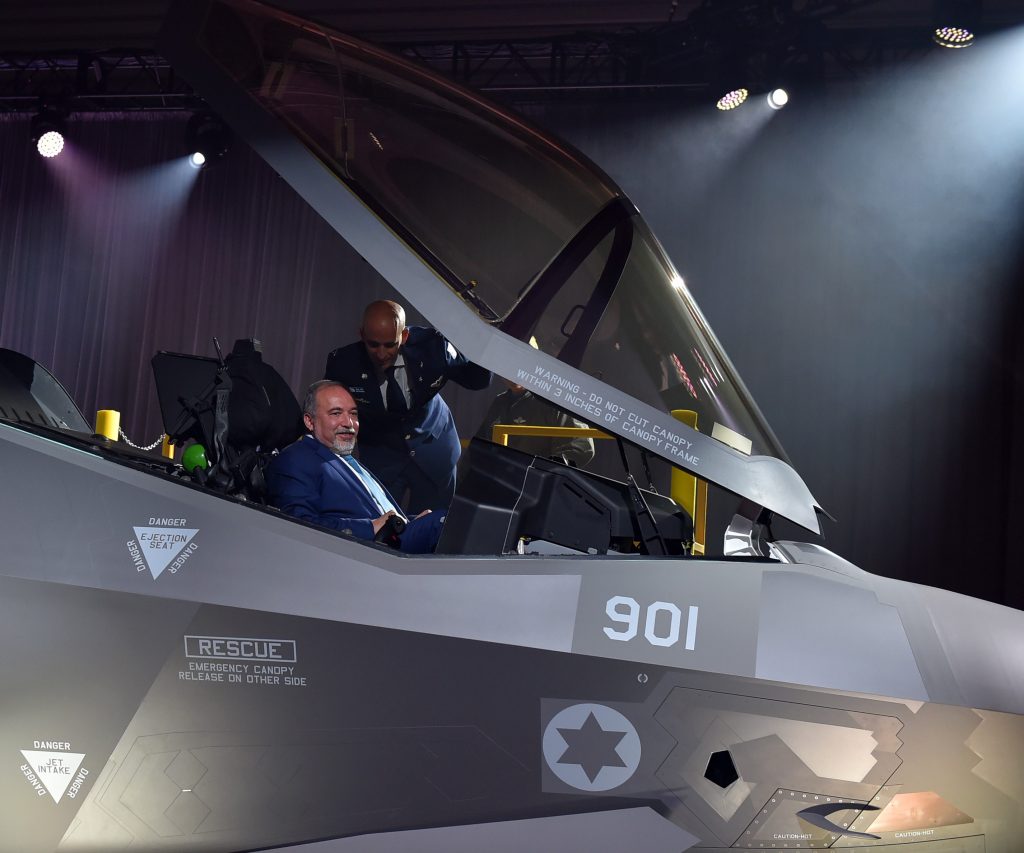 Defense Minister Avigdor Liberman will greet his American counterpart Defense Secretary Ashton Carter, who is arriving in Israel Sunday to take part in the delivery of the first two of 50 F-35s fighter jets to be purchased by Israel at the Nevatim air base in the country’s south on Monday, where they will be integrated into the Israeli Air Force’s Golden Eagle squadron.

During his brief visit in Israel, Carter is to meet with Liberman in the Defense Ministry in Tel Aviv, as part of his last visit as Defense Secretary.

Built by U.S. aerospace giant Lockheed Martin, the arrival of the F-35s in Israel is being welcomed as a major event for the country’s military as it seeks to maintain dominance in the turbulent Middle East.

While a list of countries have ordered the planes, Israel, which receives over $3 billion a year in U.S. defense aid, will be the first country with an operational F-35 squadron outside the United States.

“I think we don’t fully understand the big advantage of the F-35,” an Israeli Air Force official said. “I think it’s going to be learned in the next few months, maybe years. I think it’s a very super-tech airplane.”

Israel has given the planes the name “Adir” — awesome in Hebrew. The first planes are expected to be operational within a year of their delivery.

It is unclear if Israel’s planes will be able to deliver nuclear bombs.