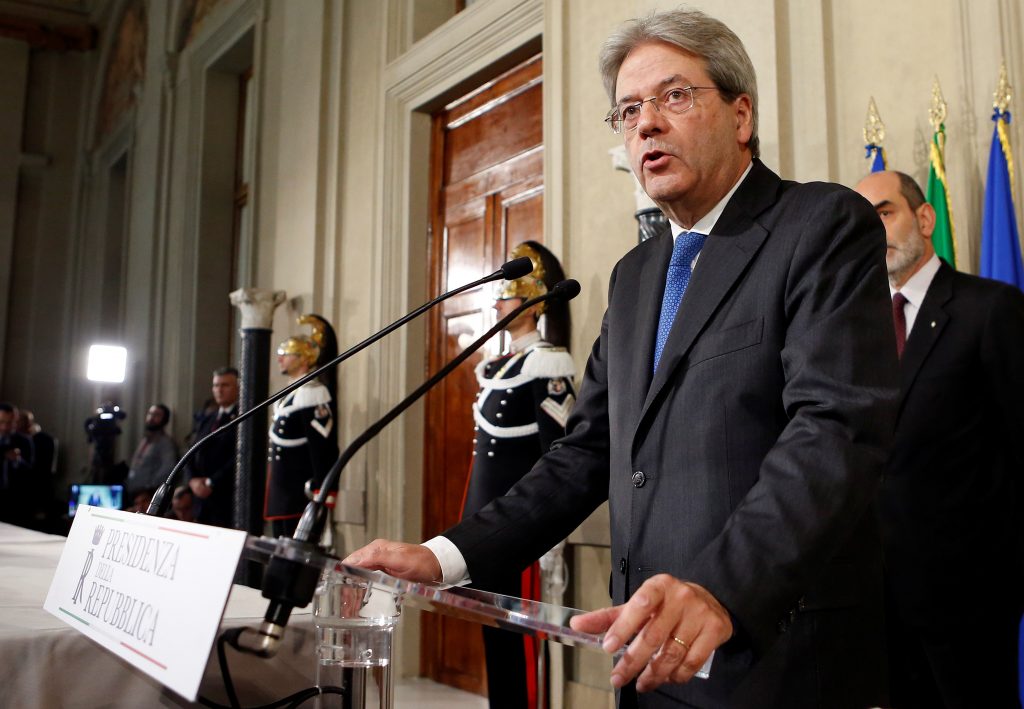 Italian President Sergio Mattarella asked Foreign Minister Paolo Gentiloni on Sunday to try to form a new government, giving him a mandate to lead Italy out of a political crisis caused by the resignation of Matteo Renzi.

Gentiloni, a 62-year-old former journalist and Renzi loyalist, is set to be Italy’s fifth prime minister in as many years and the fourth in a row to take office without winning a national election.

He immediately began consultations with politicians to form a government which will have the pressing tasks of writing a new electoral law and propping up Italy’s fragile banks.

“I am aware of the urgent need to give Italy a government with full powers, to reassure our fellow citizens, to confront our international, economic and social priorities with the maximum commitment and determination,” he said minutes after Mattarella conferred the mandate.

Italy’s social and political divisions were laid bare during campaigning for a Dec. 4 referendum on constitutional reform which was roundly rejected, prompting Renzi to resign because he had staked his job on it.

All major parties have called for elections as soon as possible. But before any vote can take place, Mattarella has said Italy needs a new electoral law to replace one that applies only to the lower house and could be declared illegitimate in January by the Constitutional Court.

Elections are not due until 2018 but could be called as soon as parliament finishes rewriting the electoral law. Gentiloni said he would “facilitate, if possible, the parliamentary forces’ task of quickly defining new electoral rules.”

Commentators said that if his consultations go well, he could return to the presidential palace as early as Sunday night or Monday morning to present his list of proposed cabinet members to the head of state.

“It doesn’t matter if it’s resolved tonight or tomorrow. The important thing is that the markets already know that with Gentiloni there will be no radical change,” said Maurizio Caprara, a commentator for Italy’s Corriere della Sera newspaper.

Gentiloni said his government would move “within the same framework” as the outgoing government but Renzi’s Democratic Party (PD) is itself severely divided between backers of the former prime minister, such as Gentiloni, and opponents.

Once his cabinet is sworn in by the president, the government will then face votes of confidence in both houses of parliament. The ruling coalition, headed by the PD, has a majority in both so Gentiloni could win the votes in time to attend a European Union meeting on Thursday as prime minister.

The next prime minister will have to deal quickly with the country’s third-largest lender, Monte dei Paschi di Siena, which may need state intervention to avoid collapse.

“Enough of governments that descend from above, enough of Renzi’s avatars … the Italian people can’t stand this any more!” Alessandro Di Battista, a 5-Star leader, wrote on social media.