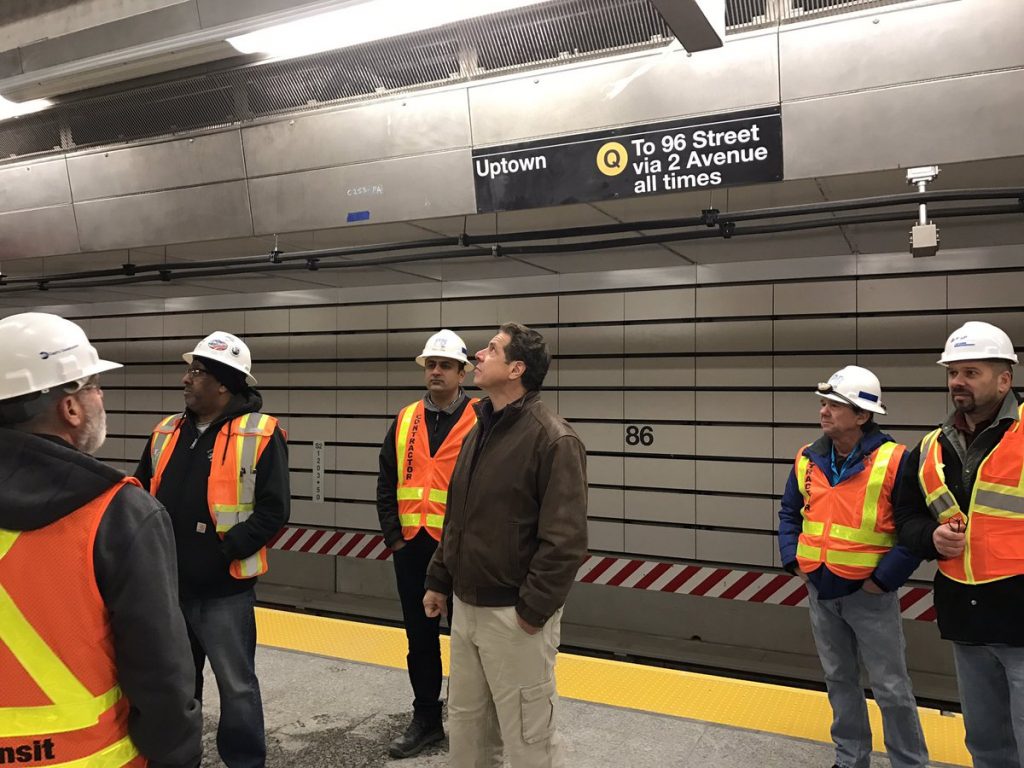 After surveying the new East Side subway line Friday, Cuomo tweeted, “Good news: the progress is encouraging.” He said he was “cautiously optimistic” about hitting a deadline of Jan. 1.

Earlier, on a radio show with John Catsimatidis, Cuomo said, “People thought we should probably move the deadline. And I said, ‘No, we’re going to stick to the deadline and we’re going to work [hard] to make it,’ and that’s exactly what we’re doing. We have a few weeks, and if I had to bet, John, and it was even money, I would bet that we make it. We still have a lot of work to do. It’s a complex project. It’s a $4 billion project but we’re going to give it, we’re going to work every day between now and December 31, I can tell you that, to make sure we hit the deadline.”
Construction on the Second Avenue line began in 2007. Under the first phase of the project, trains will run from 63rd Street to 96th Street.

The second phase will extend the line up to 125th Street. WCBS reports that the agency says it will be delayed beyond 2019.