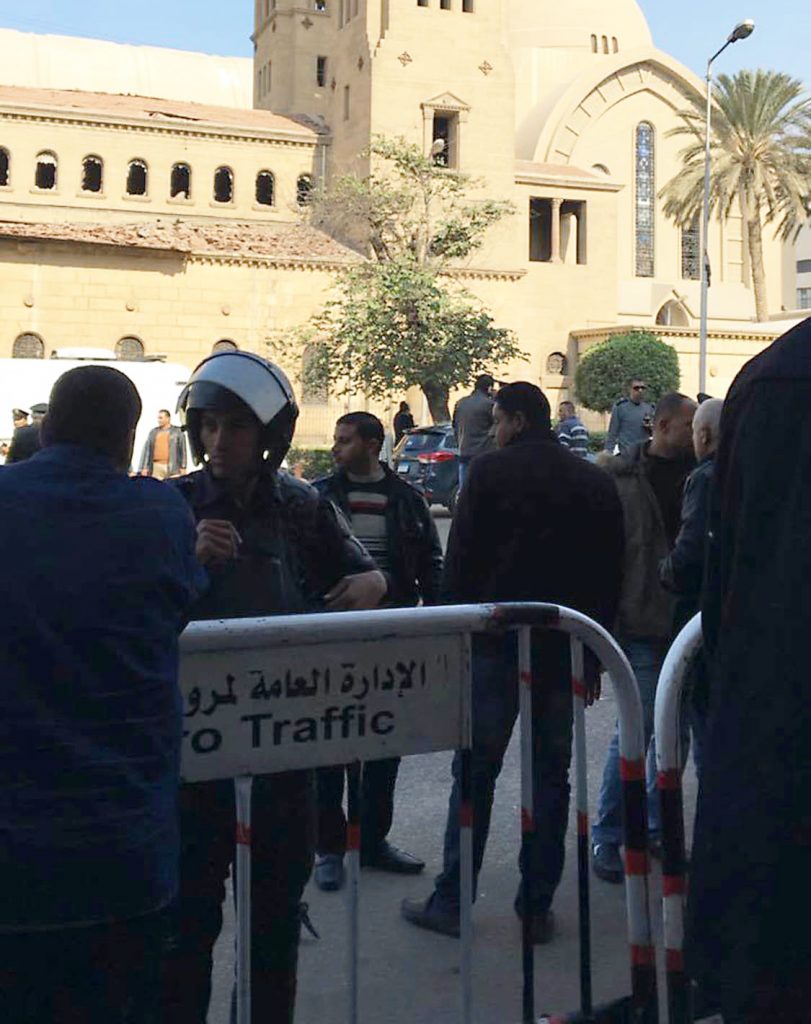 An explosion inside a Cairo cathedral killed at least 25 people, most of them women, and injured 49, Egypt’s state media said.

Security sources told Reuters that at least six children were among the dead.

There was no immediate claim of responsibility, however, some supporters of the Islamic State terror group celebrated the attack on social media.

The attack came two days after a bomb elsewhere in Cairo killed six policemen, an assault claimed by a shadowy group that authorities say is linked to the outlawed Muslim Brotherhood. Islamic terrorists have targeted Christians in the past, including a bombing at a church in Alexandria in January 2011 that killed at least 21 people.

Egypt’s official MENA news agency said a terrorist lobbed a bomb into a chapel close to the outer wall of the cathedral.

A device containing about 26 pounds of the explosive TNT had denoted on the women’s side of the cathedral, security sources said.

An Associated Press reporter who arrived at the scene shortly after the blast saw blood-stained pews and shards of glass scattered across the chapel’s floor. Men and women wailed and cried outside.

There was no immediate claim of responsibility for Sunday’s attack.

Egypt has seen a wave of attacks by Islamic terrorists since the military overthrew President Mohammed Morsi, a freely elected leader who hailed from the Brotherhood, in 2013. Many of Morsi’s supporters blamed the overthrow on Christians, and scores of churches and other Christian-owned properties in southern Egypt were ransacked that year.

The authorities have since 2013 waged a sweeping crackdown, jailing thousands of mostly Islamist dissidents and killing hundreds in clashes sparked by demonstrations.