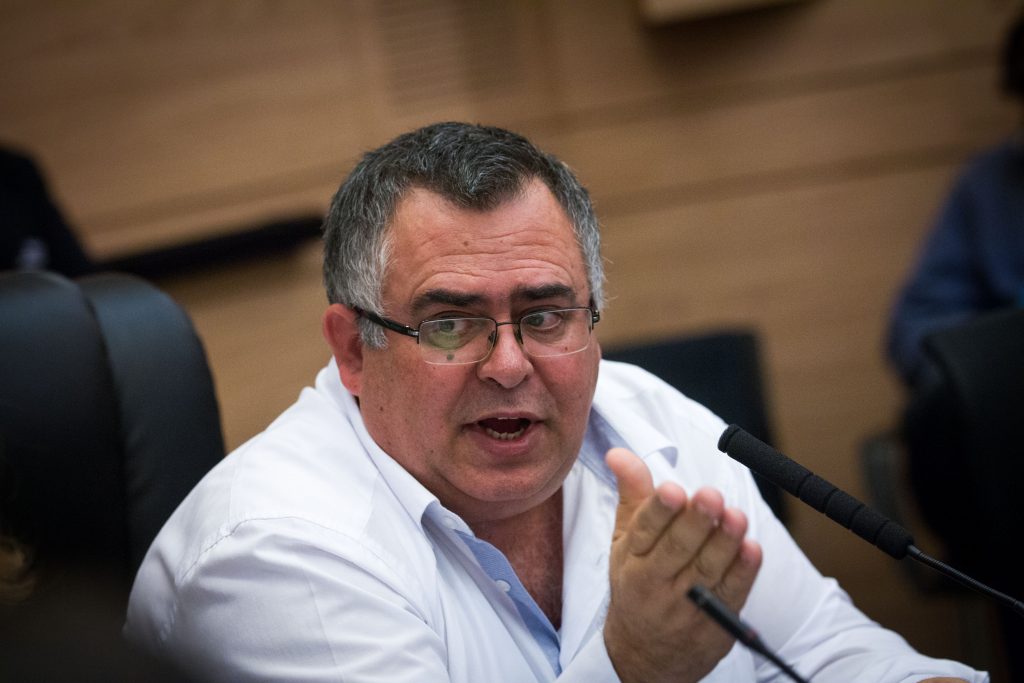 Arab and leftist MKs slammed the Likud, and especially its coalition chairman MK David Bitan, over the latter’s statements that he would prefer that Arabs not vote in Israeli elections. “Calling for a denial of a minority’s right to vote is exactly what anti-Semites did to Jews in Europe,” said MK Yitzchak Herzog, chairman of the Zionist Camp party, on Motzoei Shabbos. “It appears that a seed of racism has been planted in Israeli society and it is creating a blight that is destroying supporters of the right and the left.”

At a weekend community discussion in the Yerushalayim suburb of Mevasseret Tzion, Bitan said that as far as he was concerned, Israelis would be better off if Arabs did not cast votes in elections. “Ninety-seven percent of Arabs vote for the United Arab List, which does not represent Israeli Arabs at all, but represents the interests of other Arab countries.”

Bitan was referring to the Arab MKs’ preference for bombastic statements against Israeli policies instead of dealing with problems that plague the community, such as lack of economic opportunities, education issues and other issues of importance. “I can’t tell them to come or not to come, but I want more of our voters to come. We see exactly what they do in the Knesset,” he added.

Days before the 2015 elections, Prime Minister Binyamin Netanyahu called on Jews to vote for him, in order to overcome what he said was an organized Arab effort to get out the vote to defeat him. Netanyahu was accused of being a racist for making the comments, and apologized after the election. Like Netanyahu, said Herzog, Bitan was “authoring a new racist doctrine” for the Likud.

MK Ayman Odeh, head of the United Arab List, said that “Bitan has turned himself into a megaphone for Netanyahu, and like his boss continues to show that all this administration has to offer is racism and cheap populism. The daily insults he issues evoke the prime minister’s fear of our political strengthening. To counteract this racism we must further increase our political strength.”

Asked for a response to the criticisms by Channel Ten, Bitan said, “I don’t know why they are making such a big deal about it. On Election Day, we prefer that those who oppose our positions do not come to the polls. I am sure that in the Zionist Camp they prefer that Likud voters stay away. The voters decide who goes to vote or doesn’t, not me.”