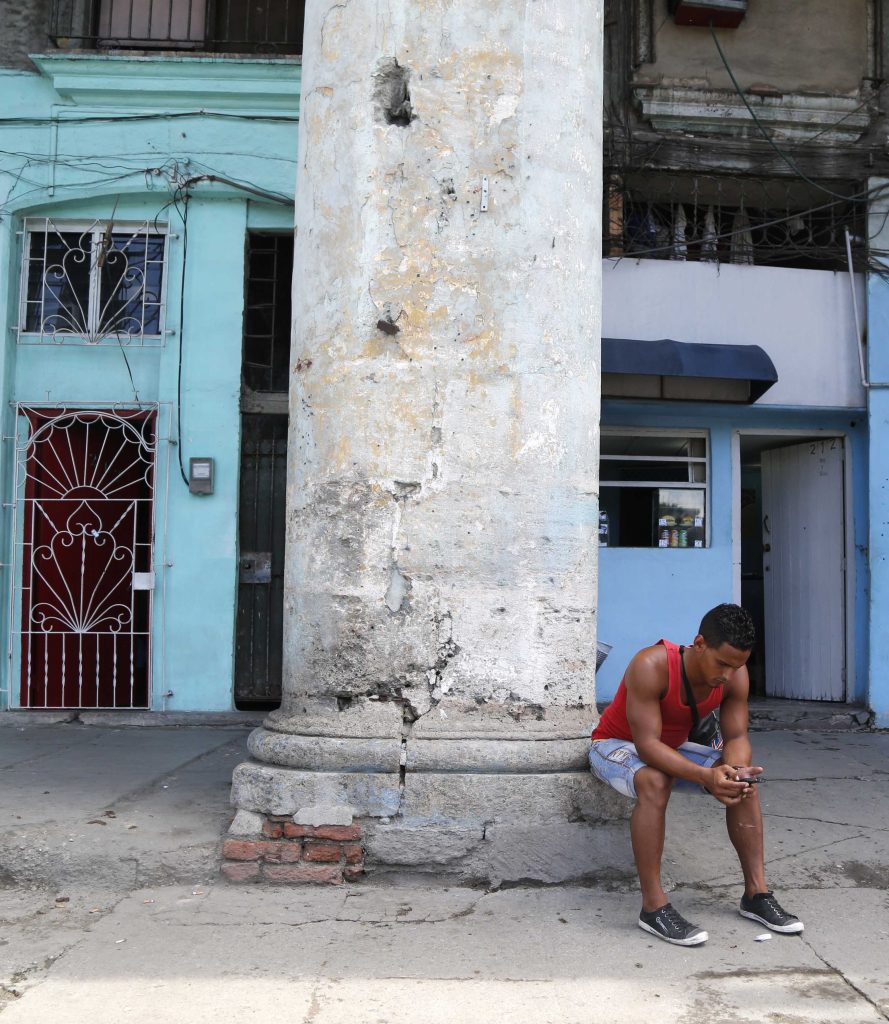 Google and the Cuban government have struck a deal giving Cubans faster access to the internet giant’s content, two people familiar with the agreement said Friday.

Eric Schmidt, chairman of Google’s parent company, will formally sign the deal Monday morning in Havana, the two people said. They spoke on condition of anonymity because the agreement has not yet been publicly announced.

It allows Cubans access to a network called Google Global Cache that stores content from Google-run sites like Gmail and Google Drive on servers that sit within relatively short distances of their end users around the world. Cuba suffers from some of the world’s slowest internet speeds due to a range of problems that include the convoluted, and thus slower, paths that data must travel between Cuban users and servers that are often in the U.S.

Cuban officials appear to be accelerating their approvals of deals with U.S. companies in an attempt to build momentum behind U.S.-Cuba normalization before President-elect Donald Trump takes office next month. The Google pact will be announced less than a week after Cuba gave three U.S. cruise companies permission to begin sailing to the island next year. Officials familiar with the negotiations say other deals, including one with General Electric, are in the works.

The U.S. and Cuba have struck a series of bilateral deals on issues ranging from environmental protection to direct mail since the declaration of detente on Dec. 17, 2014, but business ties have failed to keep pace. The Cuban government has blamed the U.S. trade embargo on Cuba. Many U.S. businesses say Cuba has been moving on most proposals so slowly that some suspect the government has been deliberately limiting the development of economic ties.

The Google program to be announced Monday could provide ammunition for U.S. advocates of closer ties with Cuba. Both pro-detente forces and those arguing for a hard line on President Raul Castro’s single-party government have been pushing for Cubans to have better access to information.

If the Google deal proves to truly improve internet access for a significant number of Cubans, it ties information access to U.S.-Cuban detente in a way that could prove politically difficult to undo for anti-Castro officials in the incoming Trump administration.

It wasn’t immediately clear if the Cuba server or servers would be on the island itself, or just closer than current ones. Nor was it clear how much faster Cuban users would be able to see Google content – home internet connections remain illegal for virtually all Cubans, forcing them to use public wi-fi spots that are often shared by dozens of people at a time and run at achingly slow speeds.

“There are many other weak links in the chain,” said Larry Press, a California-based expert on the Cuban internet. He said that while the technological impact of the deal remained unclear, it was a significant development for a country that has shied away from any ties between U.S. companies and a telecommunications infrastructure that is closely guarded against real or imagined threats to national security.

“It’s also a sign that they’re willing to go a little further with Google,” Press said.