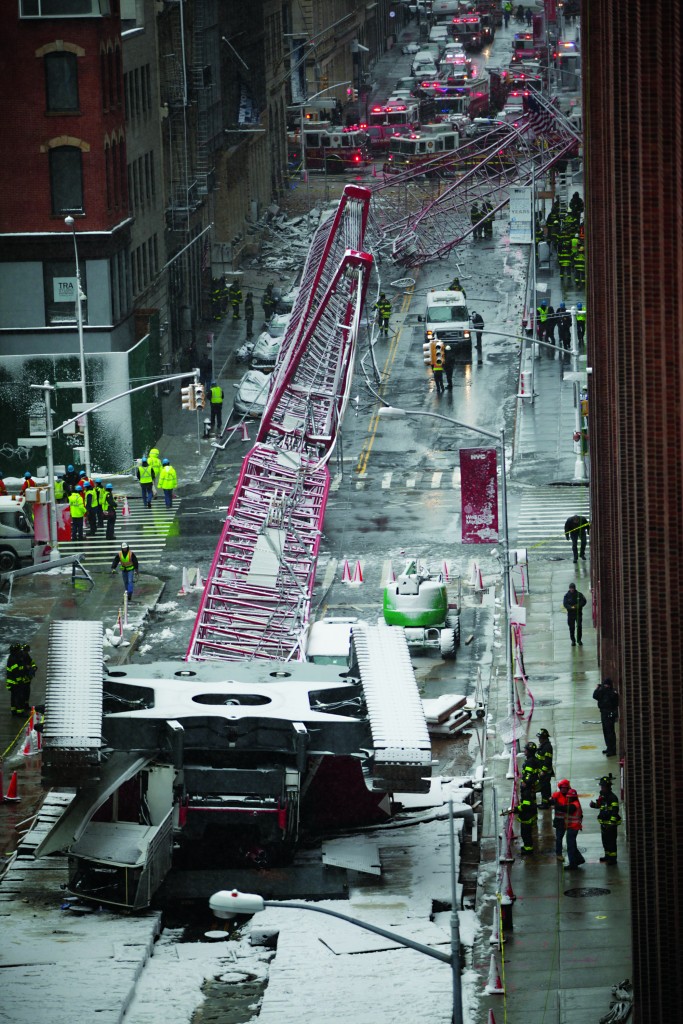 New York City officials are blaming a crane collapse that killed a man in lower Manhattan in February on operator error.

The city Department of Buildings said Friday the crane operator failed to secure the 565-foot crane the night before it collapsed in the Tribeca neighborhood on Feb. 5.

The department says the operator also lowered the crane’s main boom at an improper angle, causing the crane to become unstable and topple over.

The department has suspended the crane operator’s license. Officials have not identified him.

The city investigators agreed with the conclusions of a separate investigation by the federal Occupational Safety and Health Administration. OSHA also found that the collapse was caused by operator error.

Wall Street worker David Wichs was killed in the collapse.