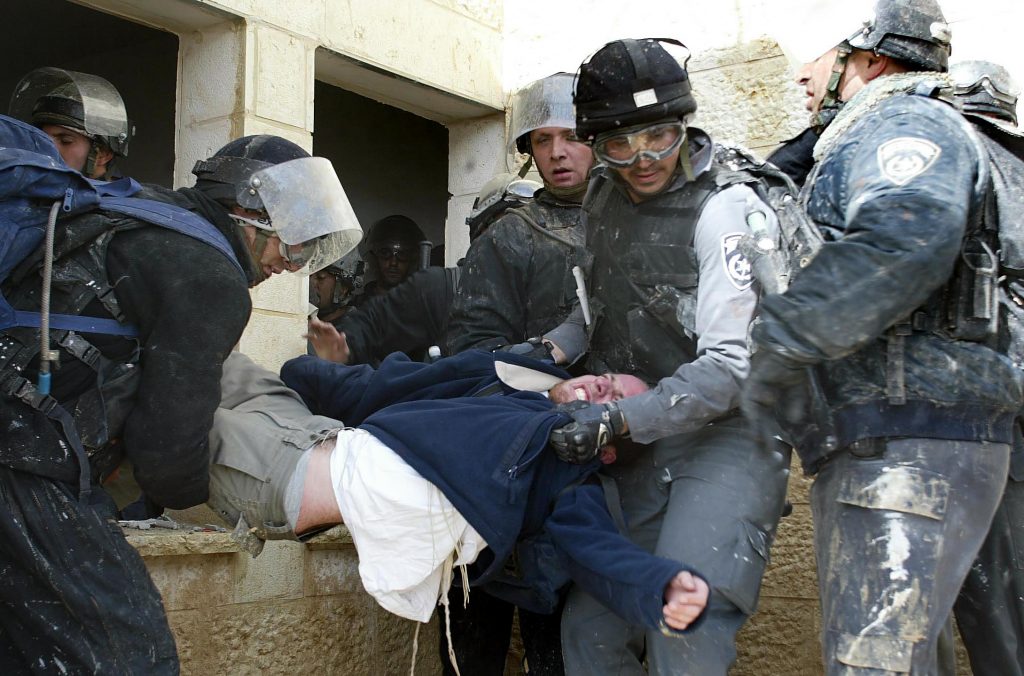 The State Attorney’s Office on Friday plans to ask for another postponement of the deadline for the evacuation of Amona, NRG news reported Friday. The one-month postponement is necessary, the state will argue, to prepare facilities for the residents of homes that are to be demolished, including setting up caravans on parcels of land adjacent to the buildings to be demolished.

While a similar request was denied by the High Court a month ago, the state is hopeful that the court will be more amenable now, as a deal to end the Amona issue – which has been in the courts for well over a decade – has finally been worked out, in a deal between Prime Minister Binyamin Netanyahu and Jewish Home chairman Naftali Bennett. That deal saw the passage on its first reading of the Settlements Arrangement Law, which will prevent future “Amonas” by requiring Arabs who claim that Jewish homes are built on land they own – as is the case in Amona – to submit to an arbitration process that would provide them with compensation in land or money.

In the decision last month, High Court Chief Justice Miriam Naor slammed the state, saying that it had been given two years to come up with a solution, but had wasted its time. The original eviction orders were issued in 2014, and the court has repeatedly postponed the date.

Now the deadline is December 25th, still two weeks away – but in the event that the court does not provide for one last postponement, the evacuation of Amona could happen as early as this Motzoei Shabbos. Media reports Thursday said that hundreds of IDF soldiers were conducting drills in preparation for the forced evacuation of Amona residents. According to the residents, that evacuation is set to take place Motzoei Shabbos. They urged supporters to gather at Amona already on Thursday night, in order to bolster their numbers and make the evacuation more difficult, if not impossible.

IDF soldiers, Border Guard units, and Israel Police units were meanwhile conducting exercises to deal with various scenarios that a forced evacuation could entail. Police have already issued 200 orders to right-wing activists, forbidding their entry into the Amona area. Residents and activists said that it was likely that the IDF would declare the area a closed military zone as early as Friday. The government is anxious to carry out the evacuation as soon as possible in order to prevent a mass gathering of opponents of the evacuation, as occurred in 2006. A major reason for the evacuation to take place over the weekend, residents said, was that declaring the area a closed military zone would wreak havoc with the lives of residents of Ofra, Shiloh and the towns in the area of Amona, who would be unable to go to work if the evacuation was on a weekday.

Another reason for choosing this weekend is because it is the focal point of activity for the Bnei Akiva youth group, known as “Shabbat Irgun.” Many of the protesters who would gather at Amona to support residents would presumably be teenagers or young adults, who will be otherwise occupied with youth group activities this weekend. Yair Shachal, chairman of Bnei Akiva, called on members and counselors not to go to Amona this weekend. “The future of Jewish settlement in Israel, like the future of Torah education, depends on our dedication and the help of Shamayim. Now, more than ever, Shabbat Irgun must go on as scheduled,” he said.

Israel Police Commander Roni Alschech, a member of the Religious Zionist community and himself a graduate of Bnei Akiva has already approved a comprehensive program outlining the role of police in the evacuation for Motzoei Shabbos, according to a report on Channel Two.

Amona residents have made it clear that they will not go quietly. In a statement, Amona residents said “We will not bow to the will of the far left to destroy a flourishing settlement, to evict 200 children from their homes, and to call it ‘a good deal,'” as Prime Minister Binyamin Netanyahu and Jewish Home Chairman Naftali Bennett have termed the transfer of residents to the adjacent parcels of land.

“True leadership is tested at the moment of truth, and for hundreds of thousands of people Amona is the true test and symbol of the struggle for the Land of Israel. He who surrenders on Amona surrenders on Ofra, Beit El, Chevron and the future of Jewish settlement in Yehudah and Shomron altogether.” As many as 300 activists may already be at Amona, Channel Ten reported Thursday.

Earlier Thursday, Zohar Dvir, deputy chief of the Israel Police, said that police were prepared for the evacuation. “We will be there because we need to be there, and we will do our work with sensitivity, but with determination as well,” he said at a graduation ceremony for a class of officers. “If more determination is necessary, then we will be more determined to carry out our mission.”

However, residents are banking on the reluctance of the current right-wing government of a repeat of the situation in February 2006, when the state also forcibly evacuated residents from Amona. Then, police and officials of the Civil Administration evacuated and razed nine buildings, facing down 4,000 Israeli protesters in a traumatic operation that saw dozens of people, including three MKs, injured. Leading the country at that time was Ehud Olmert, who was acting Prime Minister after Ariel Sharon had a massive stroke in January.

Both Sharon and Olmert, leaders of the Kadima party, had already shown their willingness to forcibly remove Jews from their homes a year earlier during the disengagement from Gaza and northern Samaria – and were bitterly criticized for both moves by Binyamin Netanyahu, the current Prime Minister. Netanyahu, needless to say, has been very anxious to avoid a repeat of those scenes during his administration.

Speaking Friday, Likud MK Yehuda Glick, identified with right-wing causes and the “hilltop youth” Religious Zionist movement, pleaded with activists to stay away from Amona, and for residents to leave willingly. “There is no way to prevent this, and all the protests and resistance will not change the edict,” Glick told Israel Radio. “Please do not drag us into an unnecessary crisis,” he said in his appeal.