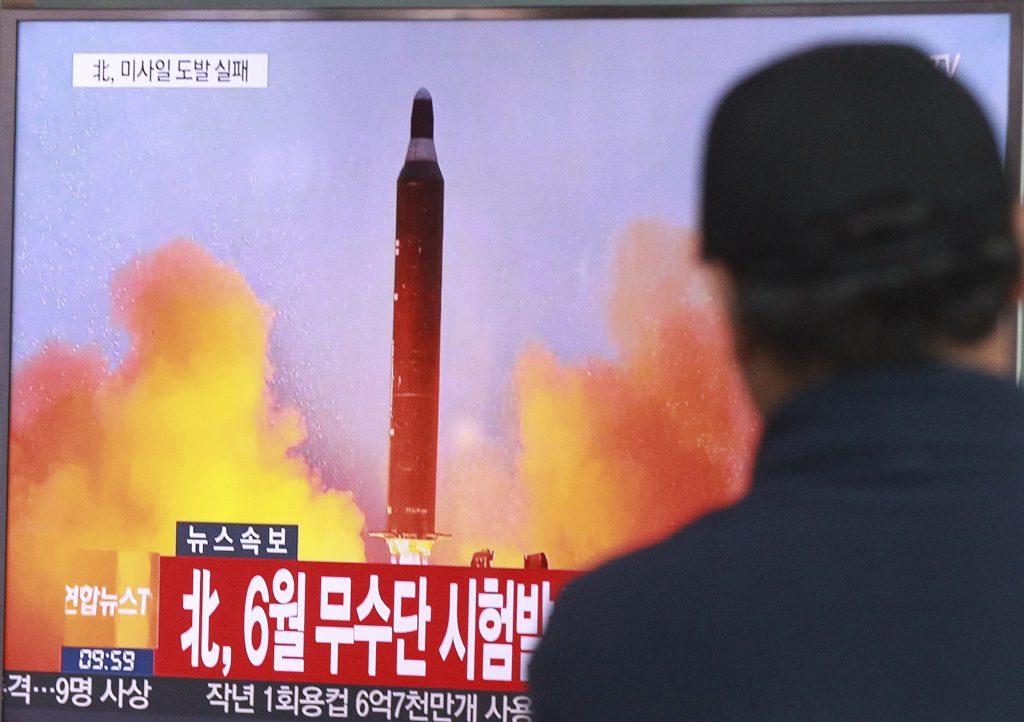 North Korea now has the capability to launch a nuclear weapon, a senior U.S. military official said Thursday, adding that while the U.S. believes Pyongyang can mount a warhead on a missile, it’s not clear that it can hit a target.

The official said it appears that North Korea can mount a nuclear warhead on a missile, but may not have the re-entry capabilities for a strategic strike. That would include the ability of the weapon to get back through the atmosphere without burning up and the ability to hit the intended target. The official said North Korea continues to try and overcome those limitations.

The Pentagon continues to revise its contingency plans regarding a North Korean strike, said the official, who was not authorized to discuss the issue publicly so spoke on condition of anonymity. The military routinely develops plans for all threat possibilities.

U.S. officials have steadily expanded their assessments of Pyongyang’s nuclear abilities. Adm. William Gortney, then-head of U.S. Northern Command, said in March that Pyongyang may have figured out how to make a nuclear warhead small enough to fit on a long-range missile.

Under Kim Jong Un, who rose to power following his father’s death in 2011, North Korea has seen steady progress in its nuclear and missile programs, including two nuclear tests this year.

The country recently claimed a series of technical breakthroughs in its goal of developing a long-range nuclear missile capable of reaching the continental United States.

He was exaggerating, but the strings of tests indicate that North Korea may have medium-range missiles capable of striking American military bases in the Pacific in the next couple years, experts say. Some believe Pyongyang may be able to hit the western United States as early as 2020.

South Korean defense officials say North Korea doesn’t yet have such a weapon, but some civilian experts have said they believe the North has the technology to mount warheads on shorter-range Rodong and Scud missiles that can strike South Korea and Japan.

“I think that they’re struggling with getting the [intercontinental ballistic missile] program up and operational,” U.S. Gen. Vincent Brooks, the head of U.S. forces in Korea, said in Senate hearings earlier this year. But “over time, I believe we’re going to see them acquire these capabilities if they’re not stopped.”