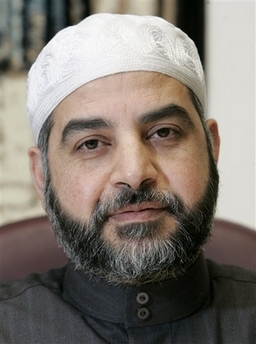 The leader of one of New Jersey’s largest mosques took the stand in court Tuesday to defend himself against charges that he lied on his green card application.

Imam Mohammad Qatanani, the leader of the Islamic Center of Passaic County, didn’t disclose being convicted in Israel for being a member of Hamas, federal officials have said.

Qatanani denies that he was ever a member of Hamas, which is classified as a terrorist organization by the U.S. government. He says that he was only detained — like many others at the time — and was never told that he was convicted of anything. He also said he was subjected to physical and mental abuse while in detention.

Eight years ago, a judge ruled against immigration authorities’ attempt to have him deported. Qatanani’s appearance on Tuesday came before an immigration court judge in Newark as part of the appeals process.

Qatanani testified that he was detained in 1993 for three months by Israeli authorities. During that time, he said, he was handcuffed, hooded and made to sit on a child’s chair in a freezing cell for hours. He also said his family was threatened.

While under this mental and physical torture, Qatanani said he signed what interrogators called “finishing papers.”

Attorneys for Immigration and Customs Enforcement submitted a document described as a confession paper where he allegedly said he joined Hamas in 1981, although the terror group was formed in 1987. An expert witness on Monday said the five-page document was missing two pages and that it confused Hamas and the Muslim Brotherhood, a legal political organization that Qatanani had joined in Jordan where he lived.

Qatanani was asked Tuesday if he knew anyone who had ever been part of Hamas. He said he knew one person, his brother-in-law, whom he met only once and briefly, after he was released from detention.