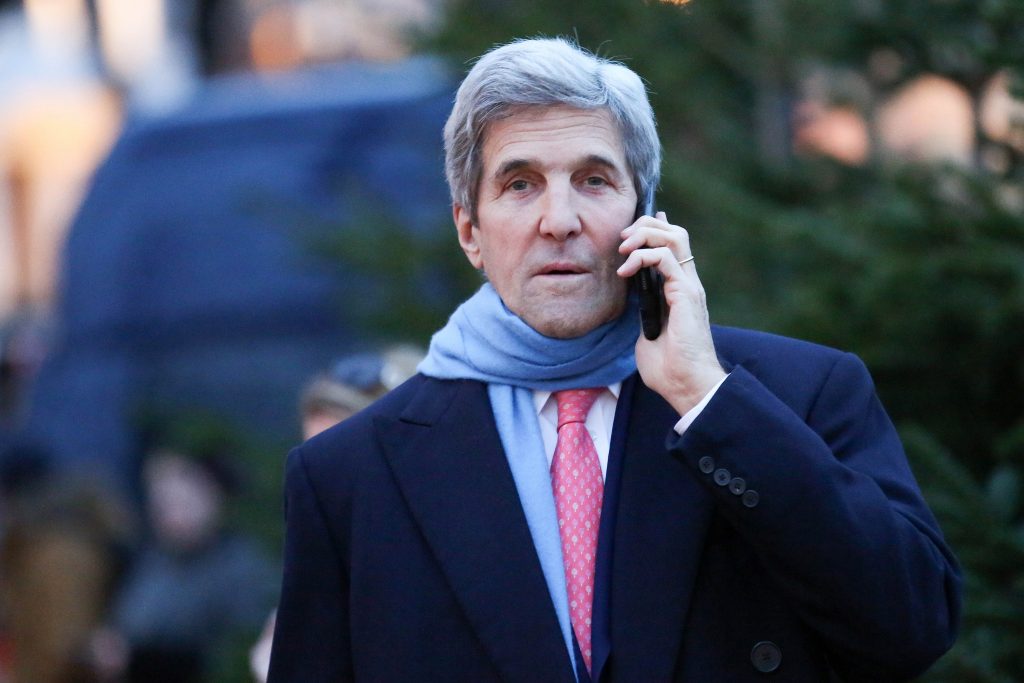 U.S. Secretary of State John Kerry warned countries from Europe and beyond on Thursday to beware of an increasing “danger of authoritarian populism.”

Kerry spoke at a meeting in Hamburg of foreign ministers from the 57-nation Organization for Security and Cooperation in Europe. The group, chaired by Germany this year, includes European Union countries, the U.S., Russia, Ukraine, Turkey, Central Asian nations and others.

In “too many places” in the OSCE region, Kerry said, there has been “a rise of authoritarian thinking, accompanied by backsliding on human rights, restrictions on independent media, a spike in acts of intolerance and hate crimes,” Kerry said.

“Bigotry, repression and the silencing of dissent cannot become the new normal for any of us,” he added. “Every chip away at the fundamentals of freedom is actually an ugly building block in the road to tyranny. And the fact is that we all need to be aware of the danger of authoritarian populism.”

Kerry didn’t single out any country or person for specific criticism. However, he cited “growing corruption in too many countries, the increasing authoritarianism, moves by certain leaders to change constitutions in an effort to consolidate power, false news being spread through new platforms of the media, torture being actually advocated in certain quarters.”

But German Foreign Minister Frank-Walter Steinmeier said that “the OSCE has become even more important in these times of crisis as an organization to preserve peace and security in Europe.” The group has deployed monitors to oversee peace efforts in Ukraine.

Steinmeier and Kerry both met separately with Russian Foreign Minister Sergei Lavrov on Wednesday evening to discuss Syria, among other issues.

In comments to the conference, none of them mentioned Syria. Kerry, however, said that “it is in the interests of all concerned to end the suffering and the stalemate” in Ukraine.

Ongoing violence, he added, must not be allowed to obscure Ukraine’s longer-term challenge of building a healthy democracy and fighting corruption.