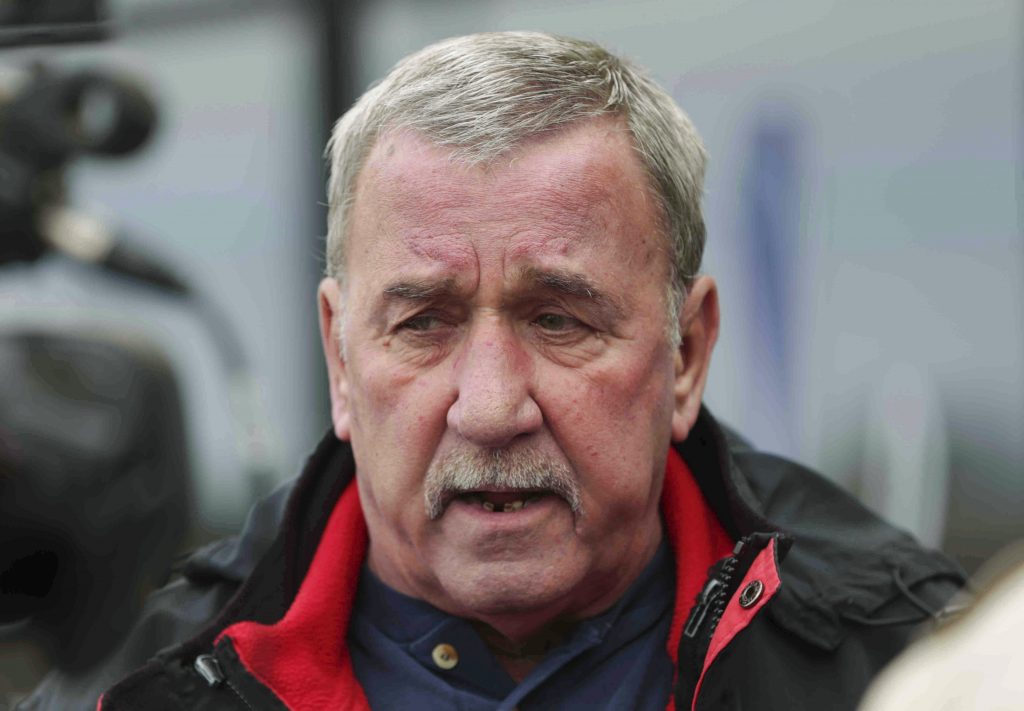 A local union president slammed by Donald Trump on Twitter stood his ground Thursday, maintaining the president-elect gave false hope to hundreds of workers by inflating the number of jobs being saved at a Carrier Corp. factory in Indianapolis.

United Steelworkers Local 1999 President Chuck Jones spent much of the day doing media interviews after Trump called out by name Wednesday night the leader of the union for a few thousand workers at the Carrier factory and 11 other plants.

Trump tweeted that Jones “has done a terrible job representing workers” following comments from Jones this week that Trump had lied to workers and put on a “dog-and-pony show” at the Carrier factory last week by taking credit for keeping 1,100 jobs from being outsourced to Mexico.

Jones called Trump’s reaction “amusing” and said he wasn’t backing off “one iota.”

“Give the guy credit – he’s got some spunk,” Jones told The Associated Press. “Am I upset, worried, scared or anything? No. Does it faze me? No.”

Trump was defending a deal that he and Vice President-elect Mike Pence – governor of Indiana – celebrated during a Dec. 1 visit to Carrier’s Indianapolis factory. Trump then declared it was only the first of many business victories to come.

Jones said the number of Carrier jobs actually saved is about 800, while some 550 jobs will still be lost from the factory to Mexico.

The union leader said he sat in the third row of the crowd as Trump announced the deal last week and was “disgusted” by his use of the 1,100 jobs figure that included some 250 headquarters and engineering staff positions which the company had always said would remain in Indianapolis.

Jones said that gave false hope to employees, even though “I am very grateful, and I’ve said it numerous times, for him getting involved and saving 800 people’s livelihood.”

Indiana officials said Dec. 1 the deal involved “preserving 1,069 high-wage jobs” as Carrier kept furnace manufacturing at the plant and received $7 million in tax incentives over 10 years. The AP reported then that the figure covered about 800 union and supervisor jobs that were set for outsourcing to Mexico.

Pence has continued to cite the higher figure, telling ABC on Sunday that “This was great news for over 1,000 families in Indiana who were going to see those jobs south of the border.”

In a second tweet Wednesday night, Trump said: “If United Steelworkers 1999 was any good, they would have kept those jobs in Indiana.”

But Pence said company executives told him soon after their February closing announcement to “don’t even bother” coming up with a state incentive offer to reverse the decision.

Jones said Carrier negotiators suggested the union workers would have to accept pay below the U.S. minimum wage to match the savings the company expected from a move to Mexico. “We made every attempt in the world to keep these jobs here and it didn’t work,” he said.

“People want to say, ‘Hey, I know what kind of car you drive. I know you’ve got kids. I know where you live,'” he said. “I ain’t worried about that.”

Defending his stance against the president-elect was taking something of a toll on Jones, who said: “I’m about talked out.”