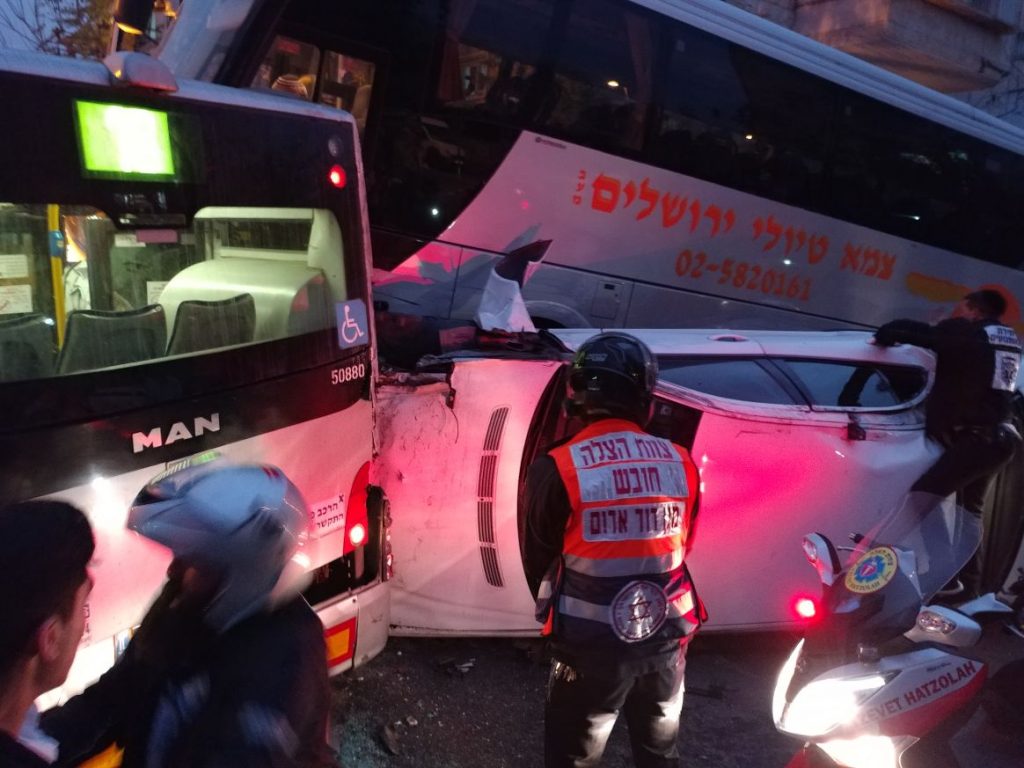 One person was killed and several people were injured in a horrific pile-up car crash at the Sanhedria-Bar Ilan Junction, near Shaul Hamelech Street, in Yerushalayim, Thursday afternoon.

According to initial reports from Ichud Hatzalah and MDA, who were tending to the injured at the scene of the crash, the crash occurred as bus that was driving on Shaul Hamelech Street knocked into two cars and another bus. One person was trapped in a car under the first bus, and was reported in critical condition.

A total of eight injured people were taken to Yerushalayim hospitals for further treatment: three to Shaare Tzedek and five to Hadassah Har Hatzofim, all, b’chasdei Shamayim, in light condition.