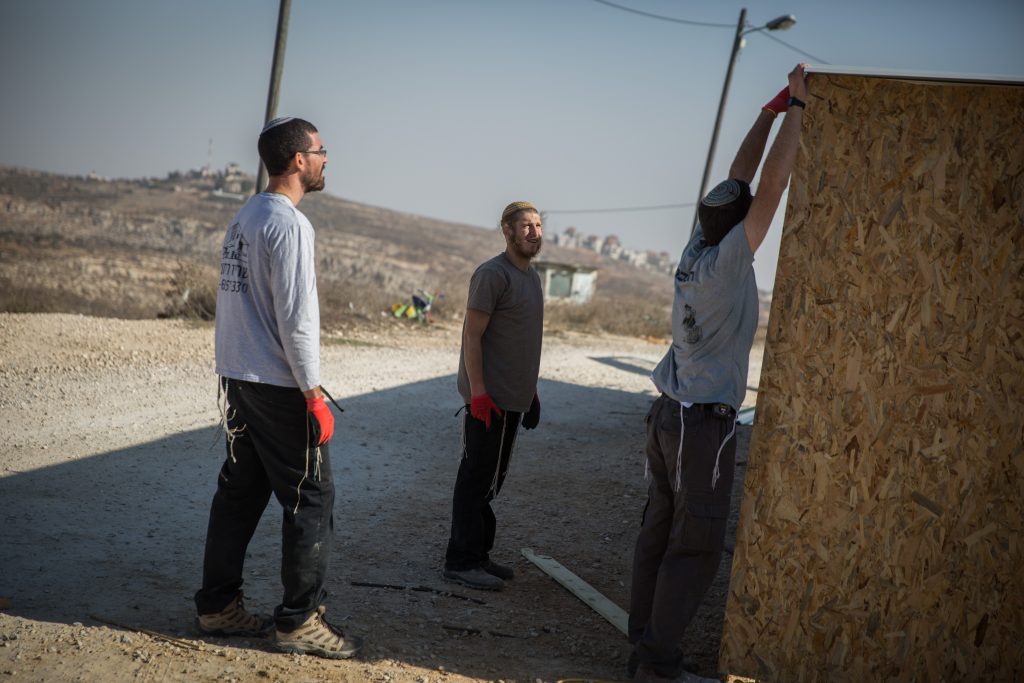 The Settlements Arrangement Law would replace the process now governing Arab claims of ownership of land on which Israeli homes are built. Currently, such claims are adjudicated by the High Court, but the bill would instead institute a special arbitration process that would, among other things, advocate land swaps that would replace the land claimed by Palestinians with state land of equal or greater value that is not in dispute. The law is designed to prevent the demolition of homes at outposts and settlements that were built in good faith, but later were discovered to be built on private land.

Although Yehudah and Shomron are not “occupied” in the sense that they were conquered from a foreign nation – currently, no other sovereign nation is laying claim to it, with Jordan relinquishing any claims over a decade ago – Toner expressed concern that the law would lead to an eventual annexation of the region by Israel. “We’ve also been troubled by comments that we’ve heard by some political figures in Israel that this would be the first step in annexing parts of the West Bank,” AFP quoted Toner as saying. “We’re deeply concerned about it.”

The law is set to pass its first reading as the result of a deal between Prime Minister Binyamin Netanyahu and Jewish Home leader Naftali Bennett, which arranged for the evacuation of the residents of Amona. That hilltop community was the impetus for the proposal of the Settlements Arrangement Law, and in return for the transfer of Amona residents to another parcel of land, Netanyahu agreed to throw the support of the coalition behind the bill.

Homes in Amona are set to be demolished in three weeks, by order of the High Court, which has accepted claims by Arabs that they own the land on which the homes stand. Incited by left-wing Israeli groups, the Arabs have refused all offers of compensation in order to allow the residents to remain. In response, Jewish Home and Likud MKs authored the Settlement Arrangements Law.

With the law set to be approved on its first reading, it reverts back to the committee for changes to prepare it for its second and third reading. Toner expressed hope that the changes would soften the impact of the bill. “We hope that it does not become law,” he said. “We certainly hope that changes or modifications can be made to it.”