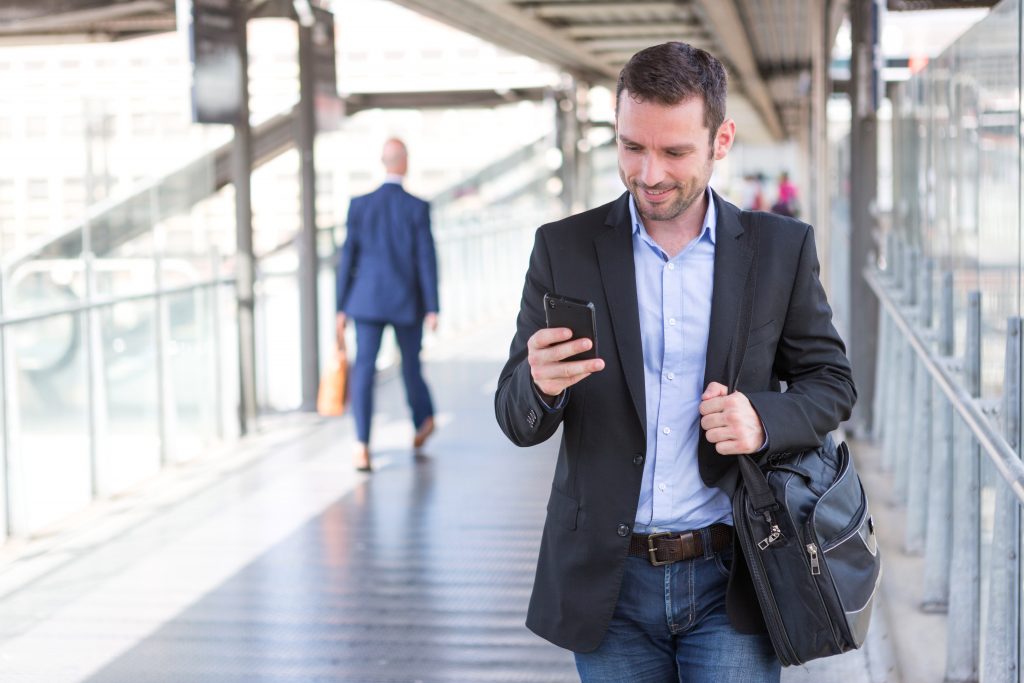 It’s a sure-fire way to dampen a vacation: Spend a week on a dream trip abroad, then come back to find an additional several hundred dollars on your cellphone bill.

Although some U.S. phone plans cover international travel, especially to Canada and Mexico, many don’t. Leaving your phone off isn’t practical these days . But you don’t have to pay a fortune if you follow these tips. You might find some of these steps annoying, but they’re surely less painful than an unexpected data bill. Start planning well before you leave.

GET A PLAN ABROAD

This is the most economical choice, but also the least practical for many people. With the exception of Verizon , carriers typically block your phone from other carriers’ plans until you’ve paid off the hardware, typically after two years. They might make a temporary exception if you’re traveling, but it’s on you to get that set up. You might have an old phone to use instead, or you can rent or buy a cheap one for your trip.

This route gives you a lot of data at competitive prices. Upon arrival in Bangkok, for instance, I got 2.5 gigabytes of data for just less than $13. Two more gigabytes would have cost just $3 more.

Just visit a kiosk at the airport when you arrive, or stop by a cellphone or convenience store in town. You’ll be assigned a phone number for that country, though, so friends and family will need that to call or text. But social media, email accounts and messaging services should work just as they do in the U.S.

If you’re visiting multiple countries, you’ll need a separate local plan for each.

STEP UP YOUR U.S. PLAN

Check with your carrier on an international package. For instance, Verizon offers 100 megabytes of data for $25. Ten minutes of streaming video can wipe that out. But it’ll get you email and basic messaging, and it’s much cheaper than the $205 Verizon would charge for 100 megabytes without an international plan. You keep your U.S. number.

You might find this adequate for emergencies, such as when you need directions back to the hotel. Use your hotel’s wi-fi as much as possible, and leave non-urgent matters – like uploading pictures to social media – for when you are on wi-fi. For a two-week trip to Italy, I had plenty of data left after taking additional data-saving measures. Verizon even refunded me nearly $16. But I got socked with another $25 because I wasn’t careful on a separate trip to Barcelona, Spain.

This option is good for multi-country trips. You can still get a local plan for the country where you’ll spend the most time.

LEAVE CELLULAR DATA OFF MOST OF THE TIME

Turn off “Cellular Data” under the “Cellular” settings on iPhones, or “Mobile data” on Android (the location in the settings varies by device). In Italy, I turned cellular back on for the brief times I needed it. You can go further by enabling airplane mode, but that also blocks incoming calls and texts, as well as wi-fi and Bluetooth.

Even if you have cellular on just briefly, tons of data-hungry messages could still flood in while the gate is open. To prevent that, you can prevent apps from using cellular data at all.

On iPhones, go to “Cellular” in the settings, then turn off as many items as possible in the list of apps. Also turn off “Wi-Fi Assist.” In Italy, I turned off all apps. When I needed to check or send Gmail, I just turned that app back on temporarily. Otherwise, the phone waited until I got back to the hotel’s wi-fi. Notifications still came through, but they don’t use much data.

On most versions of Android, turn on “Restrict background data” to blocks apps from using cellular data while running in the background. To let certain apps override that, you need “Data saver” on the latest version of Android, Nougat, which isn’t yet available on most phones.

Be sure to disable automatic app updates over cellular. It might already be set to wi-fi only, but double check in the “iTunes & App Stores” settings on iPhones and the Play Store settings on Android.

Get and set up apps for museums and other places you’re visiting before you leave home or the hotel. Using the apps will consume data, but not as much as starting from scratch.

Likewise, download map data for Google Maps ahead of time. You can get driving directions and basic information on businesses without a data connection. The offline mode isn’t meant for walking directions, though what I got for driving was often close enough (The exception was Venice, where cars are banned). Also, there’s no offline transit support, but I got transit directions by enabling cellular briefly and used offline mode to get to my stops. Otherwise, Google Maps alone would have eaten up my 100 megabytes with Verizon.

Check the settings regularly to see how much data you’re using and adjust accordingly. On iPhones, check “Current Period Roaming” in the “Cellular” settings. Hit “Reset Statistics” at the start of your trip. On Android, check “Data usage.” Android also keeps track of which apps use how much data, so you can identify culprits more easily. These are estimates, though, and your phone company might measure differently.