National Oakland Warehouse Search Over; Refrigerator Eyed as Cause of Fire
National 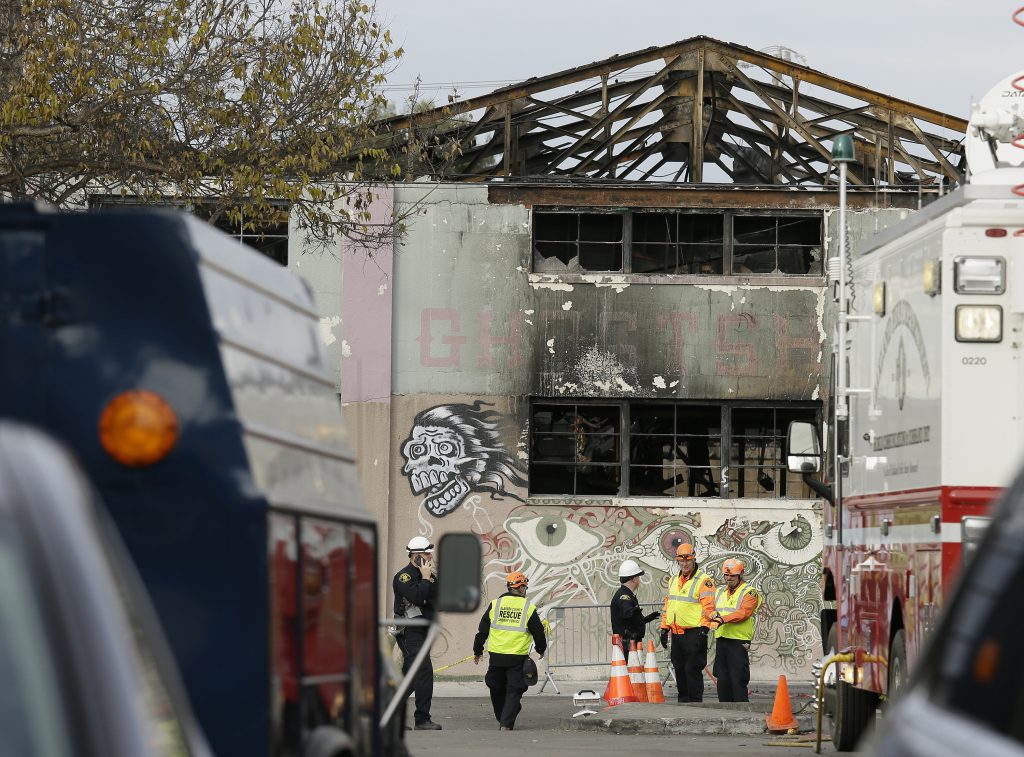 The recovery effort from the aftermath of a devastating warehouse fire here that killed 36 people has been completed, authorities announced Wednesday morning.

The death total did not rise as crews combed through the final 10 percent of the building known as the Ghost Ship. Authorities did not say what time they finished the search.

Authorities still have not given an official cause, but investigators were focusing on a swath of electrical appliances, particularly a refrigerator in the back of the warehouse.

Oakland police spokeswoman Johnna Watson did not take questions about what may have caused the blaze.

The Bureau of Alcohol, Tobacco, Firearms and Explosives, engineers, firefighters and other city employees remained at the scene Wednesday morning. A crane took down a corner wall piece by piece on Tuesday night, allowing the final 10 percent of the building to be combed. That search continued past 6 a.m. Wednesday.

City officials were expected to have a press conference at the city’s emergency operations center later Wednesday, but they have not announced a time.

Crews continued to sift through debris past 8 a.m. on Wednesday, the fifth day of recovery efforts since the fire broke out around 11:32 p.m. on Friday night at the warehouse. The debris will be preserved for evidence, Watson said.