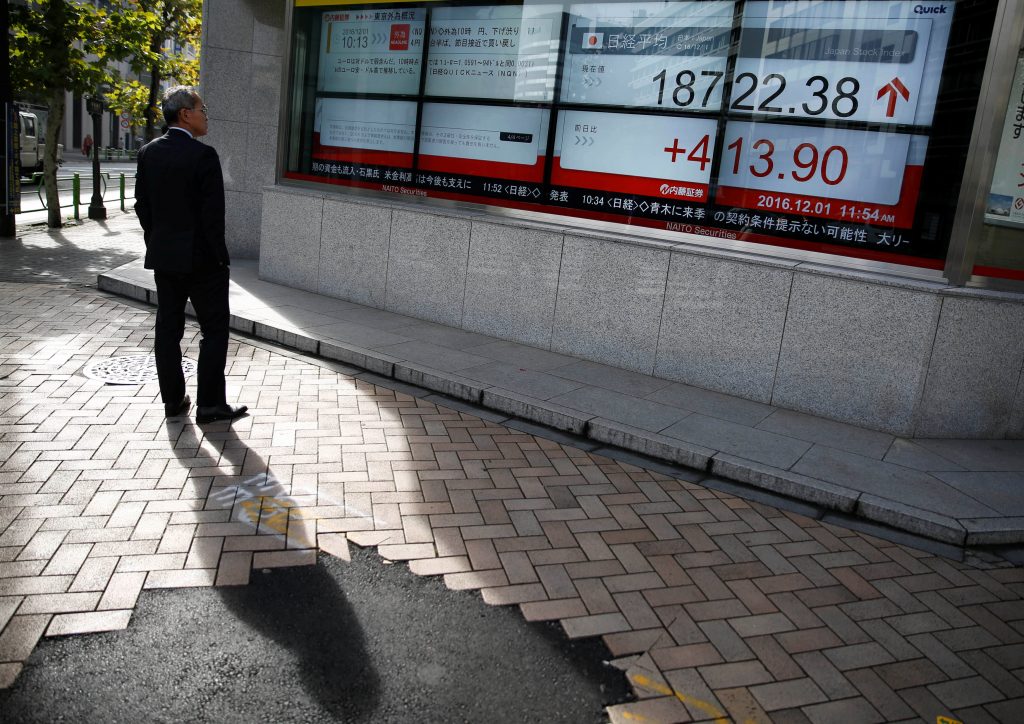 Asian markets were mostly higher Wednesday, cheered by gains on Wall Street and optimism about the telecommunications industry.

SoftBank’s shares jumped nearly 4 percent in morning trading in Tokyo after its CEO met with U.S. President-elect Donald Trump and then announced that the Japanese company, which owns the majority of Sprint, plans to invest $50 billion in the U.S. to create 50,000 jobs. Sprint added 1.5 percent and T-Mobile gained about 2 percent, amid speculation that T-Mobile could be acquired, possibly by SoftBank.

“Asian indices look set to see moderate gains on the back of the euphoria that stems from U.S. and European markets. This is despite the absence of the boost for oil-related equities we had experienced in the past few sessions,” Jingyi Pan, a market strategist for IG, said in a research note.

The Australian economy contracted 0.5 percent in the September quarter in the first quarterly decline since early 2011, the government said Wednesday. A contraction in the current quarter would put the country in a technical recession for the first time in 25 years. Annual growth was 1.8 percent. The bigger-than-expected contraction raised hopes for possible stimulus measures.