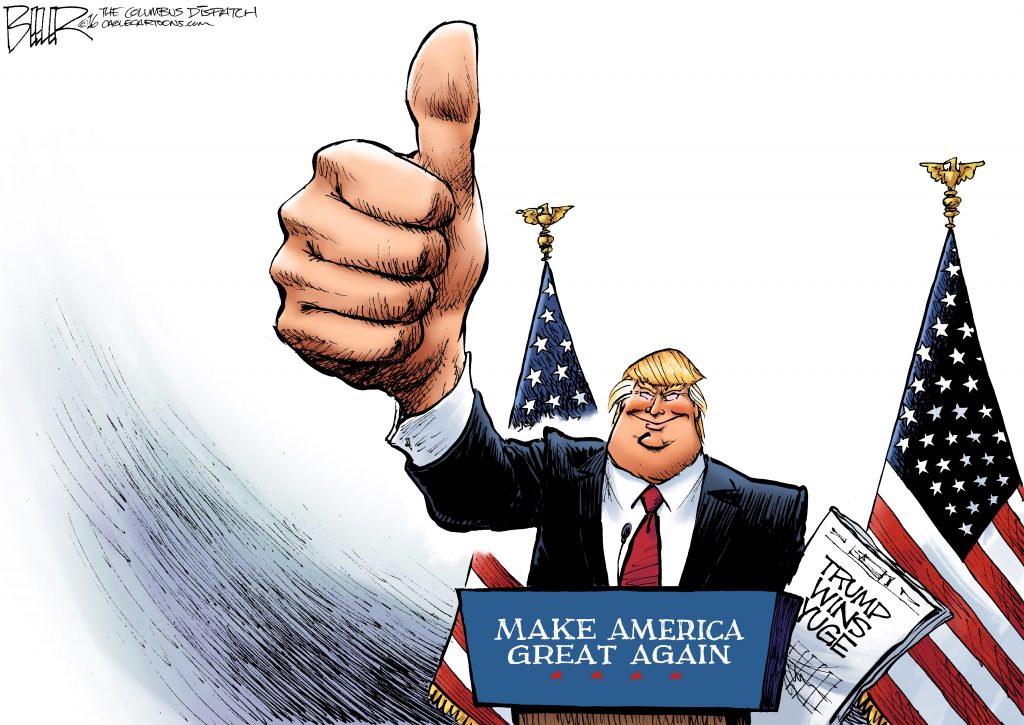 The aftershocks of the political earthquake that was the 2016 election will continue to be felt for some time, but for the most part, the country is getting used to the new reality. Gone are (for the most part) the unhinged progressives chanting in the streets that the president-elect resign before he is ever sworn in, and the cacophony of voices insisting that the Electoral College is unconstitutional seems to be fading away.

The lame-duck session of Congress approaches, and both parties need to fill vacancies. For the Republicans, it’s appointments for the incoming administration, and for Democrats, it’s the leadership of the DNC — now a debt-ridden vessel of a party in political exile that seeks to rebuild.

I could be excused for thinking that the right approach to filling these vacancies, at least in a political sense, would be to learn the lessons the election teaches us, and apply them going forward. Of course, principles should remain firm, but political calculations must always consider facts on the ground, and the changes in the political landscape.

If there were any consistent theme to the 2016 cycle it would be the perniciousness of confirmation bias. So many otherwise smart people dismissed what they saw in favor for what they believed and what they wanted to see, so often. I will readily admit to having been a victim of this — and, in retrospect, I can even point out the places along the road I should have seen what I refused to.

A friend reminds me that I emailed him back in May, telling him that it was foolish to dismiss Trump’s chances, when you consider the unique handicaps Hillary was bringing to the table as the opposing candidate — and he had already proved his ability to exploit opponents’ vulnerabilities in the Republican primary. Yet, as the race progressed, I failed to consider that argument myself, because it didn’t fit into the narrative I had written for myself for the race.

Why bring that up now? Well, because many in the political arena, especially the Democrats, seem to be bent on learning the wrong lessons from the election.

There is a risk, after every election, for the winner to read too much into his victory. Just ask all the Democrats now out of work after following 2008 winner Barack Obama down whatever policy road he wanted to go. Republicans run that risk now — although the risk is somewhat tempered by the fact that Trump isn’t a doctrinal conservative. His campaign promises — and his base — are overtly simple, and so it’s hard for them to be misinterpreted.

Or is it? It’s entirely possible that Trump’s victory wasn’t even an affirmation of those policies, but rather a rejection of Hillary Clinton. In that case, he wouldn’t even have a mandate for those policies he ran on.

But Democrats are in an even bigger pickle. They need to find a new chairman for the DNC, and are clearly insisting on learning the wrongest lessons from the 2016 cycle that they could. They are considering electing far-left radical Minnesota Congressman Keith Ellison to that post — in an attempt to pacify the Bernie Sanders wing of the party.

We could even leave aside the fact that the very idea of Ellison being in control of a major political party’s apparatus is incredibly disturbing; he has written things like “Farrakhan is a role model for black youth,” and has said that Israel’s influence on U.S. Mideast policy is disproportional. It’s that the party thinks the lesson of the election is that they haven’t moved too far to the left that’s disturbing, and that they dismiss all criticism of him as racist and bigoted — a tactic that served them so well in 2016.

It’s because that’s the lesson they are choosing to learn, to double down on the preconceived notion they already and always had.

Rav Mendel asked, wouldn’t one think that the tefillos of a tzaddik ben rasha would be more chashuv than those of a tzaddik ben tzaddik? After all, Rivka had to contend with an upbringing that included a father Besuel and a brother Lavan, while Sarah Imeinu chased Yishmael away at the first signs of the possibility that he might influence Yitzchak negatively.

We might think that, said Rav Mendel, but we’d be wrong. And that is exactly the lesson that we are supposed to be learning from this Chazal. If the passuk tells us something that doesn’t sync with our preconceptions, we need to reassess them, not the passuk.

The bias to confirm preconceptions is great, and its consequences are awesome — it even cost Hillary Clinton the most powerful position in the free world. It’s so great that even after it has driven the party which controlled literally every facet of government (and media) out of power, they continue to follow it, to their own detriment.