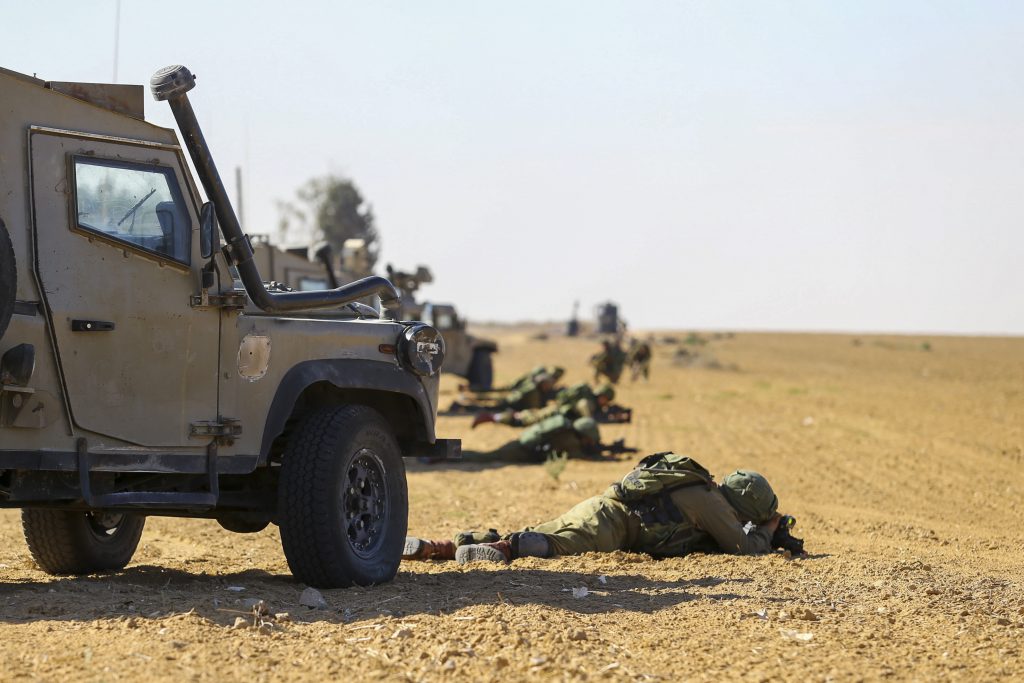 Although both sides claimed there was no connection to current circumstances, both the IDF and Hamas conducted exercises on either side of the Gaza border Tuesday. The Israeli exercise is set to last throughout the week, and will include various scenarios that could evolve in the event of another war with Hamas — including terror attacks in which terrorists ride into a town on motorcycles, machine guns blazing — while Hamas is practicing its firefighting skills and its ability to remove occupants of buildings subject to bombing.

The IDF exercise is taking place in Gaza fence border communities, as well as in the Negev towns of Ashkelon, Sderot, Ofakim and Netivot. The exercises include IDF deployment and response to missile attacks, terrorists emerging from tunnels, and terror attacks by Hamas members who managed to sneak into Israel from Gaza, Yehudah or Shomron. In addition, the Israeli Navy is conducting exercises to head off a sea-based terror attack, as well as finding and capturing frogmen who would try to enter Israel by sea and carry out terror attacks.

The exercise, said IDF officials, had been long planned and was not a sign of higher risk. It was one of a series that was planned last year to enable the IDF to practice its skills in dealing with battle and security scenarios that emerged from Operation Protective Edge in 2014, the officials said.

In one exercise, soldiers dealt with a scenario in which Hamas terrorists on motorcycles emerged from terror tunnels and rode at high speeds into a town, opening fire on passersby and possibly kidnapping civilians or soldiers. An IDF official said that such an attack was not only possible, but perhaps even likely, as soldiers had discovered a tunnel with a fleet of motorcycles that were likely meant for such an attack.

Meanwhile, Hamas was conducting its own exercise in Gaza. The Hamas Interior Ministry said in a statement that the purpose of the exercise was “to improve our preparedness” to deal with Israeli retaliation against Hamas terror attacks. Among the exercises were the takeover of a ship at mid-sea, firefighting, and evacuation of civilians and terrorists as bombs were being dropped on buildings. The exercise began Sunday and is expected to last through the end of the week, the ministry said.