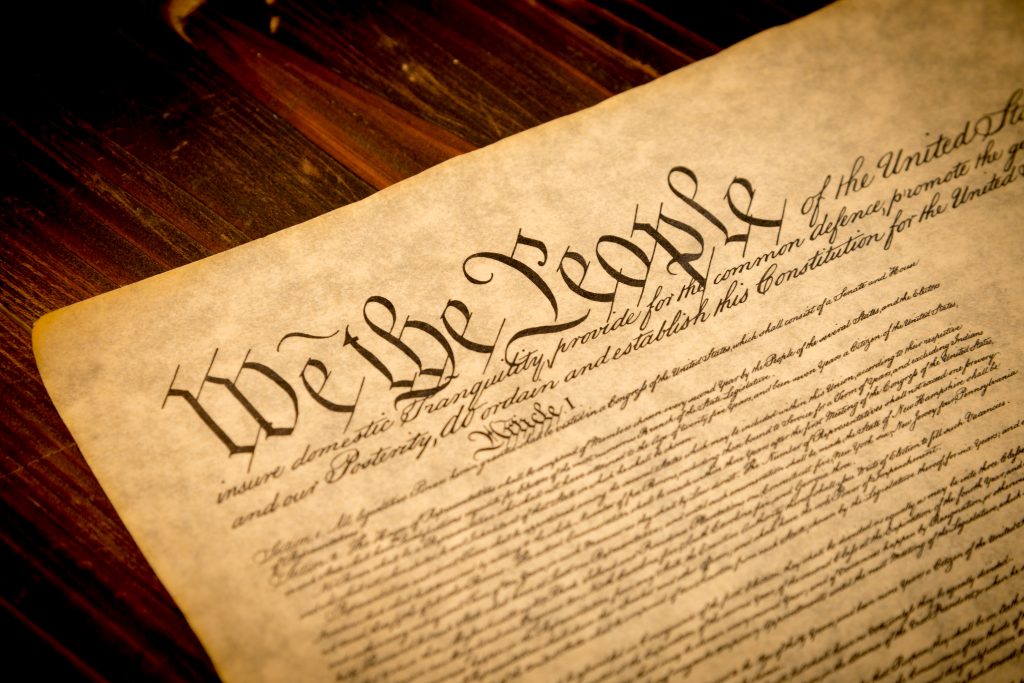 The November election put Republicans in full control of a record number of state legislatures around the country, a level of power that gives the party an unprecedented opportunity: change the U.S. Constitution.

Republicans already control Congress, the White House and more governors’ offices than they have in nearly a century. But it’s the state legislatures that hold perhaps the greatest promise for lasting change.

The GOP now holds numerical majorities in 33 legislatures, one shy of the two-thirds required to initiate a convention on constitutional amendments. There is no credible talk of using that power for amendments on hot-button social issues. But conservatives have a list of bread-and-butter governing issues they would like to see enshrined in the Constitution.

One, to require a balanced federal budget, is already approaching the level of support that would trigger a convention. Beyond that, a major state-level push is planned during 2017 for a constitutional convention that could also consider amendments to impose term limits on members of Congress and rein in various federal powers.

President-elect Donald Trump has pledged support for an amendment on congressional term limits.

“The possibility of constitutional change is in the air,” said law professor Jeffrey Rosen, president and CEO of the National Constitution Center in Philadelphia, a nonprofit museum that is hosting academic debates and symposiums about the efforts to amend the Constitution.

The U.S. Constitution has been amended 27 times since it was ratified in 1788, and its Article V spells out two ways to propose amendments. By a two-thirds vote of each chamber, the U.S. House and Senate can refer an amendment to the states. Or two-thirds of the state legislatures can request that Congress call a convention of the states.

Both scenarios require three-fourths of the states — or 38 — to ratify an amendment before it takes effect.

If the supporters of a balanced budget amendment succeed, it would be the first time in the nation’s history that states initiated the process. That scenario has become more likely as a result of the November election.

It takes 34 states to trigger a convention for constitutional amendments, meaning a unified Republican push would need the help of only a few Democrats in a single state to reach the mark.

“The overwhelming success of one political party at the state level is something of real constitutional significance,” said Akhil Reed Amar, a constitutional law professor at Yale University.

Every state except Vermont has some sort of balanced budget requirement, according to the National Conference of State Legislatures. The U.S. government does not.

Twenty-eight state legislatures already have approved measures calling for a convention to propose a federal balanced budget requirement, although they use a variety of terms that could raise legal questions about whether they all count toward the threshold.

But Republican control is no guarantee of success.

A Wyoming measure calling for a convention on a balanced budget amendment was shelved in 2015 after the state Senate altered it to make it contingent on assurances that Wyoming would not see a reduction in federal revenue.

Montana’s Republican-led House overwhelmingly defeated a resolution calling for a convention on a balanced budget amendment when it last met in 2015. Opponents expressed fears of a “runaway convention” during which delegates might propose all types of possible amendments.

Similar fears have thwarted past attempts at passing a balanced-budget amendment. The movement peaked at 32 states when Missouri passed a resolution calling for a convention in 1983, then dipped to about half that as numerous states rescinded their resolutions. The tally began growing again after Republicans swept into control of many capitols in 2010.

The possibility of a convention dominated by delegates from a single party is “alarming,” said Carolyn Fiddler, a spokeswoman for the national Democratic Legislative Campaign Committee.

“There are no rules. They can just throw out the whole Constitution if they want to,” Fiddler said. “It’s the wildest of Wild West situations.”

Supporters of a balanced budget amendment hope to allay such fears by convening next summer in Nashville, Tennessee, to propose rules and procedures for a future convention on constitutional amendments. They contend a convention is unlikely to veer off into contentious social issues because amendments ultimately will need bipartisan appeal to win ratification from 38 states.

The mere possibility of a state-initiated convention has been enough to prompt Congress to action in the past. With states just shy of the two-thirds mark in 1912, Congress instead wrote its own amendment requiring senators to be elected by a vote of the people rather than through state legislatures. The states then ratified the amendment.

But Congress has repeatedly fallen short of the two-thirds vote needed to refer a balanced-budget amendment to the states. The last time both chambers tried was in 2011.

During the past three years, eight states have passed resolutions calling for a convention that would go beyond a balanced-budget amendment to include other fiscal restraints, term limits for Congress and federal officials, and unspecified restrictions on federal power. Though still far from the two-thirds threshold, supporters of those causes believe the Republican rise to power could help their movement grow rapidly.

“With the election and things that have happened, it provides really a once-in-a-lifetime opportunity to restore critical structural checks in our constitutional system,” said Utah state Rep. Ken Ivory, a Republican attorney.

Ivory was elected in September as the presiding officer of a simulated convention of the states designed to demonstrate that the method of proposing constitutional amendments actually can work. Among those present at the event was law professor Randy Barnett, director of the Center for the Constitution at Georgetown University.

“Amending the Constitution is always a long shot, no matter how you go about it,” Barnett said. But if 34 states — including 33 Republican ones — call for such a convention, “it would be very difficult for the Congress to stop that.”