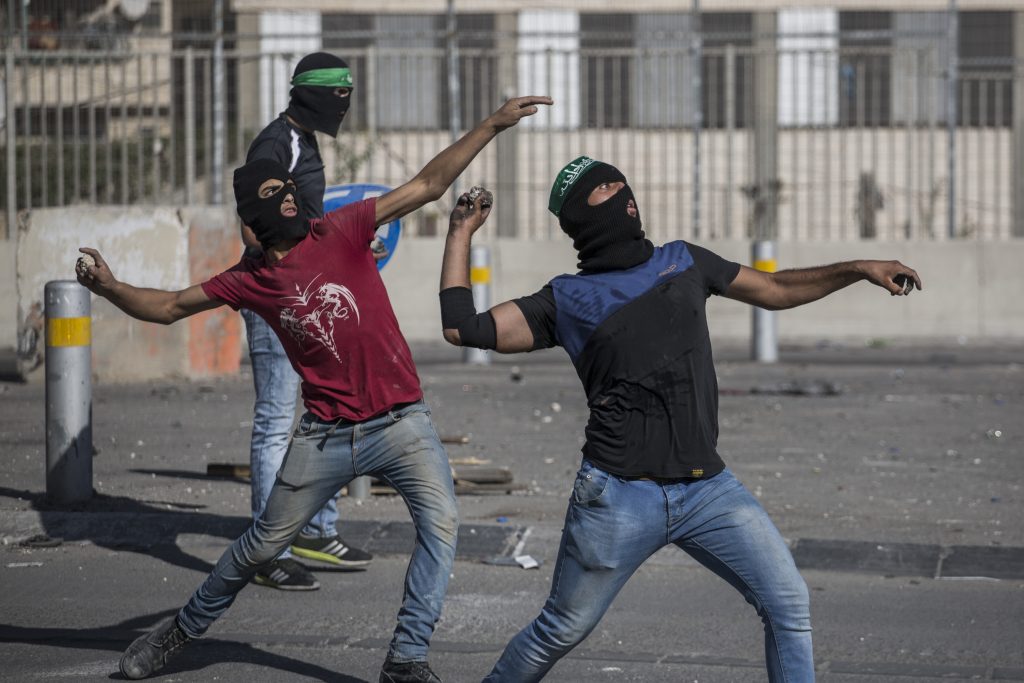 Rock throwing-attacks by Arabs continued Monday in the Yerushalayim area. Arab rioters threw stones and rocks at IDF troops and police in the village of Issawiya, northeast of Yerushalayim, and at Jewish residents of the Shiloach (Silwan) area. Rocks were also thrown at Israeli vehicles in Gush Etzion. B’derech nes, there were no injuries in any of the attacks, although dozens of vehicles sustained damage.

In Silwan, police have been attacked on a daily basis for weeks, and a new investigation has revealed that principal among the rock throwers is a gang of school-age children. Half a dozen children, between ages 9 and 14, have been involved in rock throwing on an almost daily business, investigators found.

Often the children left school and, with their schoolbags still on their backs, proceeded to gather rocks and throw them at security forces, playing a game of cat and mouse with security officials who used limited anti-riot tactics against the youths. Police have tracked the identity of the rock throwers and contacted their parents, school principals, and other community leaders, urging them to act to prevent the youths from participating in the riots.

So far, however, no amount of lecturing has helped. Police said they would continue to appeal to authorities in the village to prevent the children from participating in the riots — before something happens to which they would not be able to avoid responding.