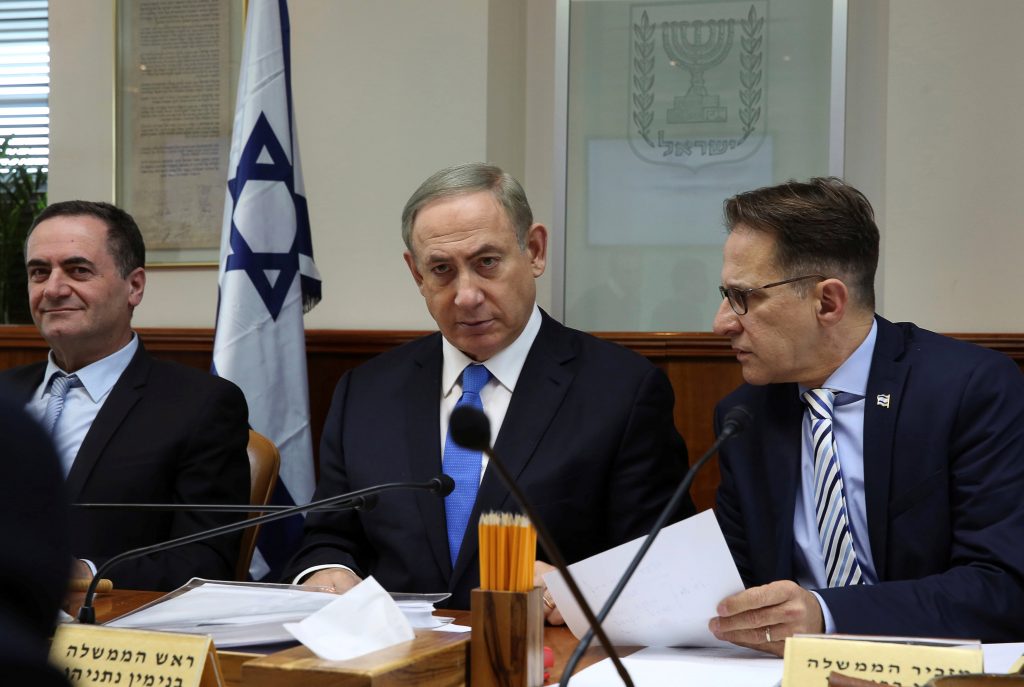 Israeli Prime Minister Binyamin Netanyahu said on Sunday he will discuss with Donald Trump the West’s “bad” nuclear deal with Iran after the U.S. president-elect enters the White House.

During the U.S. election campaign, Trump, a Republican, called last year’s nuclear pact a “disaster” and “the worst deal ever negotiated.” But he has also said it would be hard to overturn an agreement enshrined in a United Nations resolution.

“Israel is committed to preventing Iran from acquiring nuclear weapons. That has not changed and will not change. As far as President-elect Trump, I look forward to speaking to him about what to do about this bad deal,” Netanyahu told the Saban Forum, a conference on the Middle East, in Washington, via satellite from Yerushalayim.

“I opposed the deal because it doesn’t prevent Iran from getting nukes; it paves the way for Iran to get nuclear weapons,” Netanyahu said in Sunday’s question-and-answer session.

Under the deal, Iran committed to reducing the number of its centrifuges by two-thirds, capping its level of uranium enrichment well below the level needed for bomb-grade material, reducing its enriched uranium stockpile from around 10,000 kg to 300 kg for 15 years, and submitting to international inspections to verify its compliance.

“The problem isn’t so much that Iran will break the deal, but that Iran will keep it because it just can walk in within a decade, and even less … to industrial-scale enrichment of uranium to make the core of an arsenal of nuclear weapons,” Netanyahu told the forum.

“So the problem how to deal with this deal is something that I will discuss with … President Trump when he takes office.”

“He (Trump) has a clear vision of America’s role in dominance in the world. I don’t think he’s going to put the world aside, I don’t see that at all. In fact, I think the contrary is true,” Netanyahu said on Sunday.