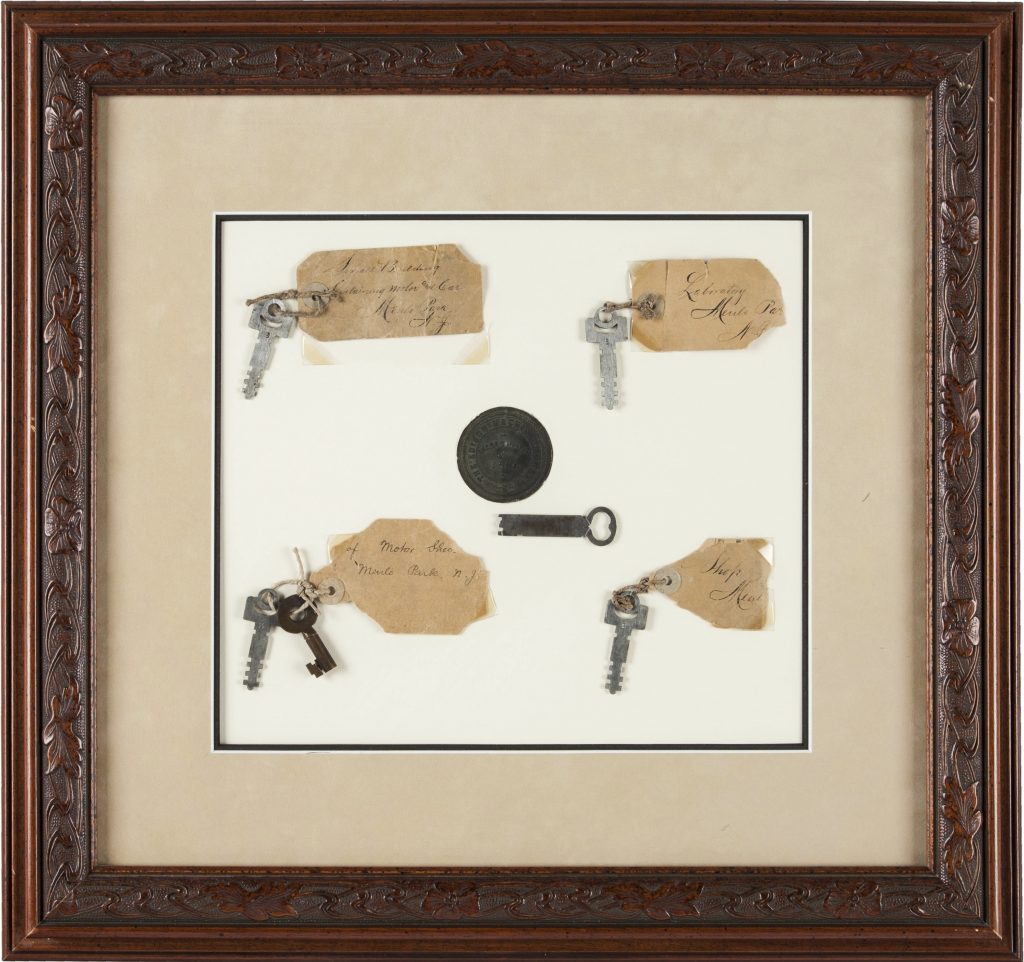 Keys to the New Jersey lab where Thomas Edison invented the phonograph and some of the lightbulbs he perfected sold for more than $60,000 at auction on Saturday.

The keys sold for $10,625 at an auction run by Heritage Auctions in Dallas. A bulb created by a German inventor who claimed to have invented the incandescent lightbulb before Edison did was sold for $23,750, while a set of five Edison bulbs used in a court case sold for $30,000.

Tags on some of the keys list the doors that they opened, including Edison’s 1876 lab that became known as the “invention factory.” Another key says “motor shed,” and a third “shop.”

Edison had applied for about 400 patents, including improvements to the incandescent bulb, before he left for New York City in 1882, said Kathleen Carlucci, director of the Thomas Edison Center in New Jersey.

The lab itself was built by Edison’s father and was the world’s largest in its day. Carlucci said it also was “the first research and development facility.”

The bulbs up for auction were part of a collection used in patent infringement lawsuits. “One bulb in particular was used in a case where he (Edison) was able to prove he had a patent,” Knudsen, the seller, said.

After making lightbulbs commercially viable, the “Wizard of Menlo Park” turned his attention to New York City where he worked to develop an electric utility.

Squatters took over the abandoned Menlo Park property, raising chickens and crops. Today, it’s a national historic site and a state park. None of the original buildings remain, but a museum and education center highlight Edison’s accomplishments.

A 131-foot memorial tower to commemorate his work on the lightbulb stands on the site. It was restored last year and its 14-foot tall replica bulb shines in the night.