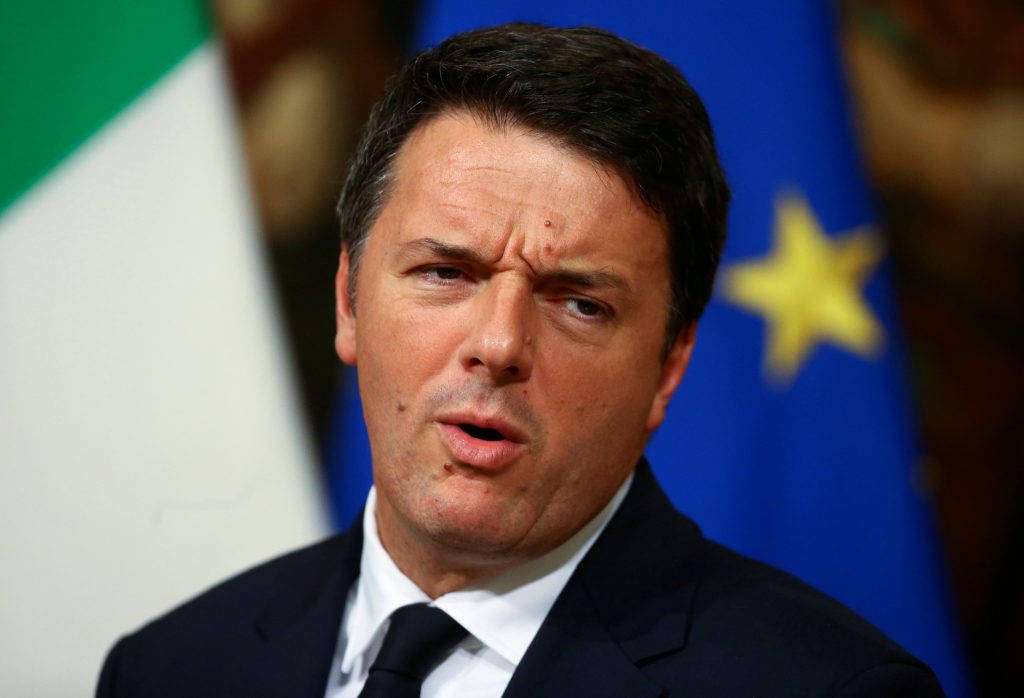 Prime Minister Matteo Renzi has lost a referendum on constitutional reform by a wide margin, exit polls showed on Sunday, throwing his future into doubt and opening the door to renewed political instability in Italy.

Renzi, who had promised to resign if his flagship project was defeated, is due to address the nation at around midnight, government sources said.

An exit poll by the Piepoli Institute/IPR for state tv station RAI, estimated the ‘No’ vote at 54-58 percent against 42-46 percent for ‘Yes’. Two other polls gave ‘No’ a similar lead of at least 10 points. Voting ended at 11 p.m.

If confirmed, the result would represent a fresh blow to the European Union which is struggling to overcome an array of crises and was eager for Renzi to continue his reform drive in the euro zone’s heavily indebted, third-largest economy.

Defeat could also prompt fresh market ructions, especially in the banking sector which has lost almost half its value this year on the Milan bourse, hit by fears over its huge exposure to bad loans accumulated during years of economic downturn.

Renzi, 41, took office in 2014 promising to shake up hidebound Italy and presenting himself as an anti-establishment “demolition man” determined to crash through a smothering bureaucracy and redraw the nation’s creaking institutions.

Sunday’s referendum, designed to hasten the legislative process by reducing the powers of the upper house Senate and regional authorities, was to have been his crowning achievement.

However, his reforms so far have made little impact, and the opposition 5-Star Movement has claimed the anti-establishment banner, tapping into a populist mood that saw Britons vote to leave the European Union and Americans to elect Donald Trump president.

Under Italian law, Renzi had to call a referendum on his plans to overhaul the constitution, but it was his decision to pin his future to the outcome, arguing that if Italy was not willing to accept his recipe for change he should leave office.

This move turned the vote into a de facto plebiscite on Renzi himself, uniting disparate opposition forces in a fierce battle to unseat Italy’s youngest prime minister that played out over months of relentless campaigning.

If he does resign, it does not necessarily mean that he will vanish from the political stage, as happened in Britain when David Cameron quit as prime minister after his Brexit defeat.

President Sergio Mattarella could ask Renzi to reconsider, calling on his sense of responsibility at a time of great market uncertainty. If, however, he refuses, the head of state will open a round of consultations with party leaders to find a new prime minister, who will have to draw up a new electoral law.

As head of the largest party in parliament, Renzi would have a big say on who should succeed him.

After voting in Genoa earlier on Sunday, Beppe Grillo, founder of the anti-euro 5-star Movement which backs a ‘No’ vote, said the country needed to go to new elections as soon as possible. His party is running neck-and-neck with Renzi’s Democratic Party (PD) in the opinion polls.

The biggest immediate loser if the ‘No’ camp has indeed triumphed could be Italy’s third-largest bank, Monte dei Paschi di Siena, which is bowed by bad loans and is looking to raise 5 billion euros ($5.3 billion) this month to stave off collapse.

Investors are likely to shun the operation if political chaos prevails, meaning a state intervention will be needed to save it. Several other lenders also need a cash injection to stay afloat, raising fears of a domino-effect crisis.

Economy Minister Pier Carlo Padoan sought to calm nervous markets on Friday, saying there was “no risk of a financial earthquake” if ‘No’ wins, though there may be “48 hours of turbulence.”

A Nov. 25 Reuters poll suggested investors would expect to demand an extra 25 basis points in yield to hold Italian debt over its German equivalent if the reform is rejected, with the euro dipping 1.25 percent.

The risk to stability, meanwhile, is enough to have the European Central Bank preparing to step in if needed.