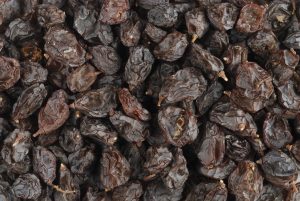 In two lawsuits that seek to become a large class-action, and a separate suit filed by a single Fresno County farm, growers seek government payments to offset what’s been deemed a government “taking” of their property. A federal judge last week kept all three lawsuits alive, rejecting Justice Department efforts to dismiss them.

“At this point, the government should just settle and write the checks,” said attorney James A. Moody, who represents the Fresno County based Lion Farms. “In my view, the case is over at this point.”

Potentially, a lot is at stake.

The overlapping lawsuits blossoming at the U.S. Court of Federal Claims, about one block from the White House, sprouted from a 2015 Supreme Court decision in a case brought by Fresno County grower Marvin Horne. The high court sided with Horne’s argument that the mandatory setting-aside of a portion of his crop required payment under the Fifth Amendment.

“Raisins are private property, the fruit of the growers’ labor, not public things subject to the absolute control of the state,” Chief Justice John Roberts, Jr. wrote in the Horne case. “Any physical taking of them for public use must be accompanied by just compensation.”

The trio of decisions issued Tuesday by Judge Loren A. Smith did not delve into the merits of the three raisin-related claims. Instead, the 71-year-old judge, appointed by President Ronald Reagan, simply concluded that the suits were not precluded by the statute of limitations despite the passage of years.

Smith set Dec. 20 as a date for attorneys in all three cases to come up with a schedule and report indicating how the cases should proceed.

One suit, filed by Lion Farms, seeks compensation for raisins turned over to a “reserve” pool for the 2006-2010 crop years. The reserve was designed to stabilize the market and sustain prices by regulating supply.

Another suit, a potential class-action initially filed by grower Earl O. Boyajian, seeks compensation for the 2007-2010 crop years. Boyajian farms a 98-acre vineyard and has been in the raisin business for more than 55 years. Boyajian has subsequently sought to be replaced on the case by another grower, Ray Hickman.

The third suit, filed on behalf of raisin grower Bruce Ciapessoni, Madera-based Hansen Enterprises and several others, similarly seeks compensation for raisins turned over during the 2002-2009 crop years. This suit, like Boyajian’s, also seeks the added heft that would come with it being certified by Smith as a class-action.

“There are more than 3,000 raisin growers whose raisins have been subject to a reserve-pool requirement in each year in which such a requirement was imposed over the past decade alone,” attorneys with McDermott Will & Emery noted in a legal filing last year for the Ciapessoni lawsuit.

McDermott Will & Emery has represented Sun-Maid Growers of California, a large cooperative based in Kingsburg, in other raisin-related litigation.

The raisin order says that handlers, who pack and process the raisins, may have to withhold part of their crop for a “reserve tonnage” managed by the Raisin Administrative Committee. The set-aside raisins may be sold below fair-value for purposes such as federal nutrition programs.

Raisin handlers, for instance, set aside 47 percent of their crop during the 2002-03 season and 30 percent for 2003-04, but they were paid for only part of what they surrendered. Volume controls have not been imposed in recent years.

If Smith certifies either the Boyajian or the Ciapessoni lawsuits as a class-action, it would expand to cover all growers whose raisins were set aside for the reserve-pool requirement during the relevant years. Among other consequences, this would enhance the growers’ bargaining power with the government.