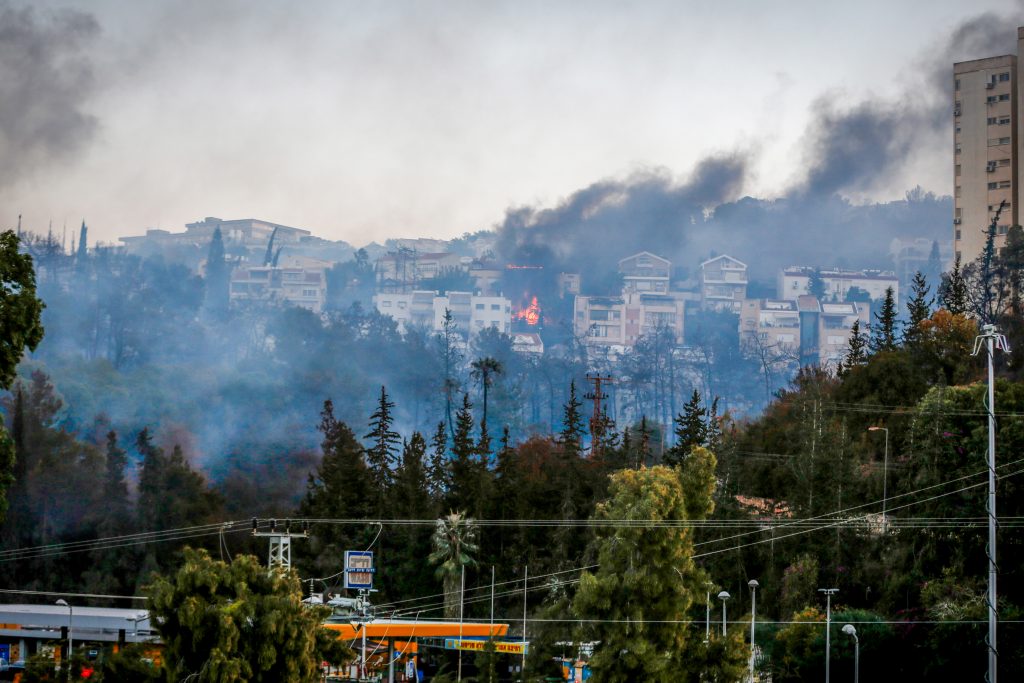 Haifa prosecutors have charged two Arab youths with starting a fire in the Achihud forest nine days ago, at the height of the massive wildfires that hit the country. The two, residents of the village of Jediya-Mahar, lit a pile of dry leaves that quickly caught fire. The fire was caught in time by firefighters and doused before it could spread too far.

According to the indictment, the two defendants were sitting with friends in the forest and playing with fire. Several of the youths lit a fire, but put it out with sand and water. Later, the two defendants set another fire and left it to spread. It burned for about 15 minutes before it was doused, destroying about 15 trees. The damage was estimated at NIS 12,000, and the state intends to recoup that money. With that, prosecutors did not charge the two with setting fires for nationalistic purposes, attributing their actions to “delinquency.”

Police meanwhile have released from custody an Arab resident of the village of Kfar Battir, who was filmed setting a fire near Nachal Refaim in northern Israel. The Arab was observed setting a brushfire during the height of the blazes, and was arrested after the footage of his activities was circulated on social media.

However, police and prosecutors have decided to accept the suspect’s claims that the fires were not set as part of a nationalistic Arab campaign to use fire as a terror tool. The Arab, a member of a family of farmers, claimed that he was burning the brush in order to make room for new plantings, and expressed regret that his actions were misunderstood.