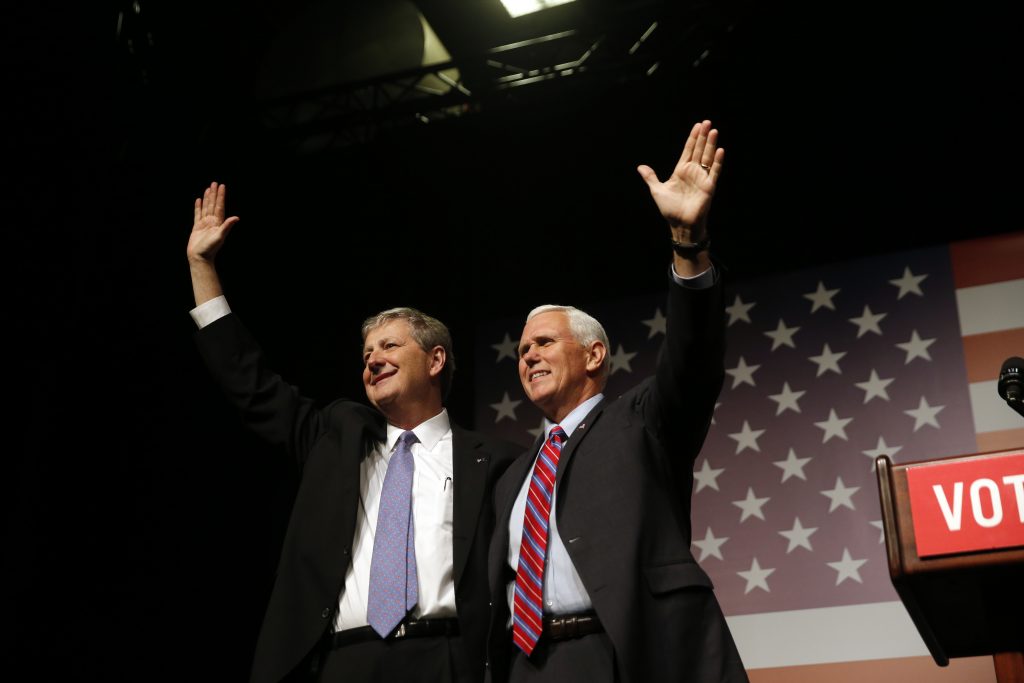 Louisiana’s last-in-the-nation U.S. Senate race has drawn donations from desperate Democrats around the country seeking a victory in their otherwise dismal election cycle, even if they’re supporting a pro-gun candidate deemed such a long shot that he’s getting little help from the national Democratic Party.

The Republican contender in the Dec. 10 election is banking on the popularity of Donald Trump in the state to help solidify his path to victory, which is considered all but certain barring some last-minute bombshell.

GOP state Treasurer John Kennedy is the clear front-runner in the runoff against Democrat Foster Campbell, a state utility regulator and cattle farmer. A recent poll from Baton Rouge-based Southern Media and Opinion Research showed Kennedy with a 14-point lead.

Republicans will have a slim 52-48 Senate majority next year if they hold the Louisiana seat, which is open because GOP incumbent David Vitter didn’t seek re-election. The two runoff candidates, both in Louisiana politics for decades, were the top vote-getters in the November primary among 24 contenders for the seat.

A former state senator before his current elected position with the Public Service Commission, Campbell is an unabashed populist known for his rants against “Big Oil,” his push to lessen the costs of prisoner phone calls and his criticism of utilities’ spending on executive perks.

He’s also a decidedly Louisiana Democrat, with a recent ad that showed him loading a shotgun to highlight his support for gun rights.

A former state revenue secretary and lawyer, the Oxford-educated Kennedy is in his fifth term as treasurer. In that role, he’s repeatedly clashed with Louisiana’s governors on financial issues, raising his own profile in the process.

Kennedy highlights his support for Trump and Campbell’s vote for Democrat Hillary Clinton. The Republican contender got in-person support Saturday from Vice President-elect Mike Pence, who headlined a New Orleans rally and fundraiser for Kennedy on the final day of early voting.

Pence urged voters to back the state treasurer, saying he and the president-elect support Kennedy “100 percent” because he’ll be a strong partner to advance Trump’s agenda in Congress.

“We need John Kennedy in the United States Senate. We truly do,” Pence told several hundred people assembled in an airport hangar. “By electing John Kennedy as your next senator, you’re going to put an exclamation point at the end of a great American victory in 2016.”

Kennedy pledges to guard people’s money “like it was my own,” and one of the regular features of his speeches involves listing government-financed contracts that he calls outrageous spending, like millions to “study the effects of Swedish massage on bunny rabbits.”

With Republicans already securing a majority in the Senate, Louisiana’s race has drawn only modest attention. In many political circles, the seat already is assumed to be safely in GOP hands, since Trump won 58 percent of the vote in Louisiana.

The Republican Party has poured resources and staff into Louisiana to boost Kennedy’s campaign. While the state Democratic Party is helping Campbell, the national party structure has largely ignored the race, appearing to write off Campbell’s chances.

“The Democratic Party is missing in action, but that’s fine because the people are in action all across America,” Campbell said.

Donations for Campbell have streamed in from around the nation amid rallying cries that the seat is the last chance Democrats have to bolster resistance efforts to Trump’s presidency. Actors John Leguizamo and Debra Messing have urged support for Campbell on social media.

“I think every liberal in America has sent him a check, from every disappointed Clinton supporter,” Kennedy said.

Also to be settled on Louisiana’s Dec. 10 ballot are the country’s last two U.S. House seats.