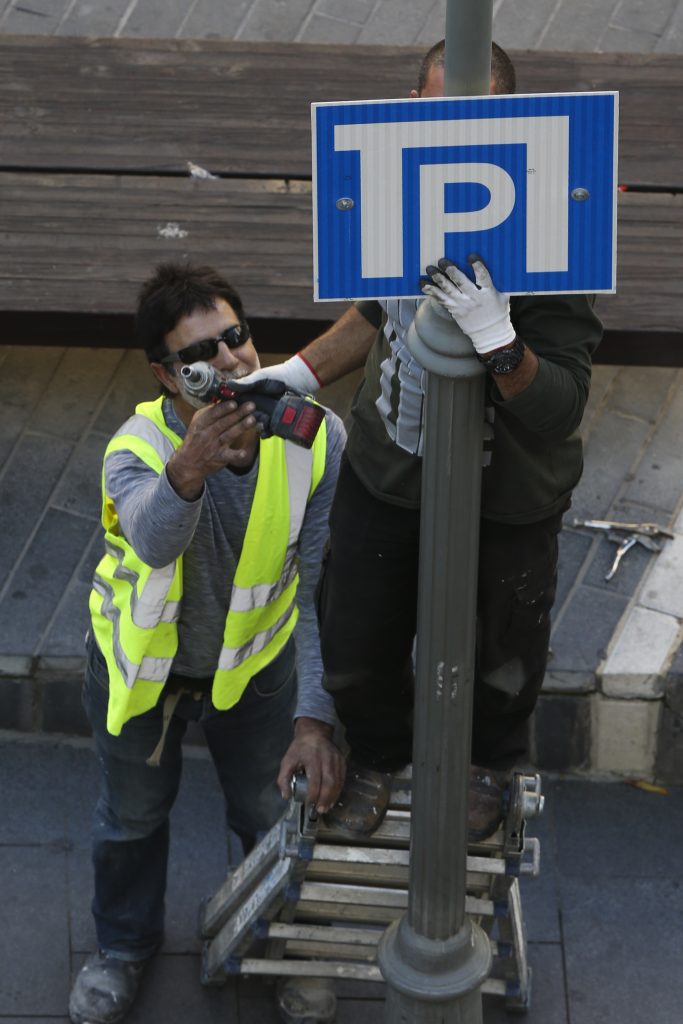 Because of contractual obligations, the state is stuck paying NIS 6 million per year for “reserved parking” in a parking lot that everyone else can use for free. In a statement, the Knesset said that its annual payment for spaces in the National Parking Lot (Chanyon Hale’om) was not for the spaces, but for its obligations taken on over a decade ago for construction of the project. “There is no relevance to the fact that at this time the parking lot can be used for free, as that could change in the future,” the Knesset said in a statement.

The apparent boondoggle was reported by business daily TheMarker, and it involves the 1,800 space lot near the Knesset and government buildings. Built originally as part of the mid-town Cinema City project, construction began on the lot in 2000 and finished in 2004, under the government’s BOT (Build/Own/Transfer) program, which grants builders an exclusive right to collect money from the project for a certain number of years.

As part of the deal, the government committed to paying for 230 parking days per year for several hundred parking spaces for workers and visitors to the Knesset and nearby government buildings, at a cost of NIS 26 per day, for an annual total of NIS 6 million.

At the time it appeared to be a reasonable deal – but it became a bad one in 2014, when the owners of the project decided to open up the lot for free public use in order to attract business to a new shopping center built on the site of Cinema City. The lot is used not only by shoppers, but by visitors to the government buildings nearby, for free – while the employer of the people who work in the area, the government, has to pay for parking.

In a statement, the Finance Ministry said it did not believe the payments were a waste of money. “As part of the deal the operator is required to reserve 1,000 parking spaces for the use of government workers. The most recent payment was for NIS 6 million.”