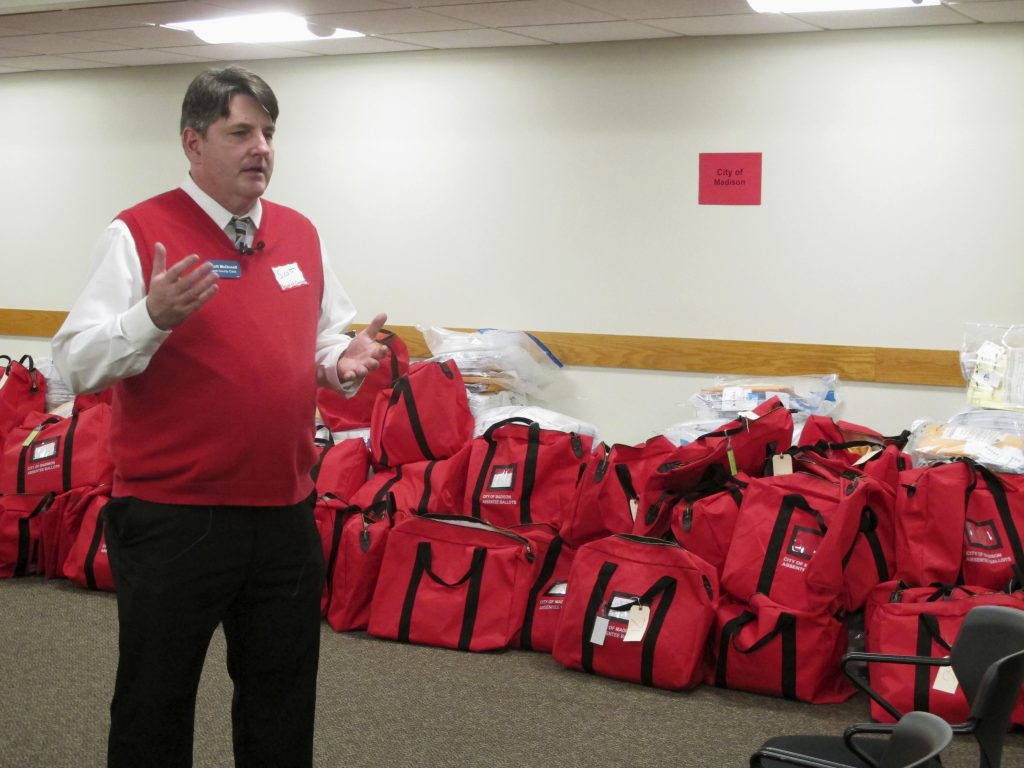 Michigan’s elections board on Friday will consider President-elect Donald Trump’s request to block a hand recount of all 4.8 million ballots cast in the state he won by about 10,700 votes over Hillary Clinton.

Lawyers for the Trump campaign argued Thursday that Green Party nominee Jill Stein, a “bottom-dwelling candidate,” cannot seek the expensive, time-consuming recount because she was not “aggrieved” to the point where potential miscounting of votes could have cost her the election. She garnered just 1 percent in Michigan.

They also said in their objection that Stein waited until the last minute to file her recount petition Wednesday, making it impossible to finish by a Dec. 13 deadline.

Stein countered that Trump’s “cynical efforts to delay the recount and create unnecessary costs for taxpayers are shameful and outrageous.” His objections suspended the planned Friday start of the recount until next week.

A recount is already underway in Wisconsin, which Trump won by roughly 22,000 votes and where the first reporting of numbers was expected Friday. In Pennsylvania, a hearing was scheduled for Monday on Stein’s push to secure a court-ordered statewide recount, a legal maneuver that has never been tried, according to one of the attorneys who filed it.

Recounts were not expected to flip nearly enough votes to change the outcome in any of the states.

The Wisconsin recount doesn’t carry nearly the same drama as the Florida recount in 2000, when the outcome of the presidential race between Al Gore and George W. Bush hung in the balance.

Even so, the campaigns for Trump, Clinton and Stein all had observers spread throughout the state to watch the process.

The recount will have to move quickly. The federal deadline to certify the vote to avoid having the fate of Wisconsin’s 10 electoral votes decided by Congress is Dec. 13. Even if that were to happen, the votes would almost certainly go to Trump, since Republicans control both chambers of Congress.

Stein has argued, without evidence, that irregularities in the votes in all three states suggest that there could have been tampering with the vote, perhaps through a well-coordinated, highly complex cyberattack.

“Verifying the vote through this recount is the only way to confirm that every vote has been counted securely and accurately and is not compromised by machine or human error, or by tampering or hacking,” Stein said.

Stein’s critics, including the Wisconsin Republican Party, contend that she is a little-known candidate who is merely trying to raise her profile while raising millions of dollars.

The Wisconsin recount was estimated to cost about $3.9 million. Stein paid $973,250 for the requested recount in Michigan. Michigan’s Republican secretary of state, Ruth Johnson, has said a recount could cost $5 million total.