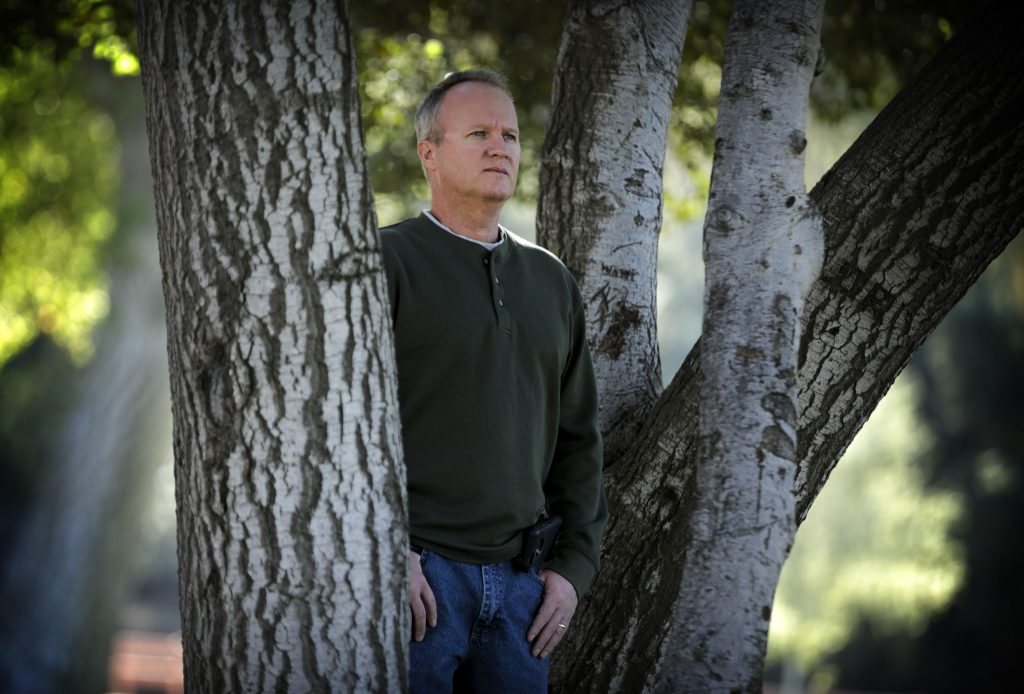 After a heavily armed San Bernardino County employee and his wife attacked a party for county employees last Dec. 2, killing 14 people and wounding 22, county leaders sounded a clear message of support for their workers.

“The events of that day could have torn us asunder. They have not. They have drawn us closer together and rebounded our commitment to take care of one another,” Board of Supervisors Chairman James Ramos said at a memorial in January.

But a year later, some county employees who were victims of the attack, including witnesses and those who were physically injured, say such pledges ring hollow.

In interviews and at a recent public meeting, employees described struggling to cope with a callous county bureaucracy that provided little comfort as they tried to heal. Instead, they were left scrambling for help and tangling with a county-administered workers’ compensation program that has led to delays and denials of needed medication and treatment, the employees said.

Several employees said they have struggled to cope with constant uncertainty about whether treatment or medication will be approved. In some cases, they said they were made to repeatedly argue and appeal when treatment was denied.

County spokesman David Wert said caring for those affected by the terrorist attack has been a top priority of the county.

“Workers’ compensation requires many parties to do their respective parts, and it doesn’t always run as smoothly as it should,” he said in a written response to questions. “The county has always acted in the best interests of the wounded, improving practices along the way, and will continue to do so.”

Some of the problems appear inherent to California’s workers’ compensation programs, which can be difficult to navigate and often rely on precise guidelines for treatment approval. But the county also has latitude to affect the process.

Christine Baker, director of the California Department of Industrial Relations, said she reminded the county this week that it has “full discretion to provide medical care even after a review of the guidelines.”

“We’ve told the county these are unusual circumstances and they’ve got to take extraordinary steps on these issues,” she added.

After county workers recently began to air their concerns publicly, county officials said Monday they would hire a company dedicated solely to helping process paperwork for those affected.

But that has been little comfort to victims who have struggled for the past year.

“I don’t feel like they have had any compassion for us,” Sally Cardinale, 35, a program specialist, said of the county. “We were victims when it was convenient for them.”

She suffered nerve damage and bone fractures. She lost function in one arm, has difficulty sleeping and is frequently in pain.

“Her doctors keep asking for physical therapy. They keep asking for medication,” said her husband, Osama Megalla, 51. “Each time the doctor writes a prescription … they shoot it down.”

After pushing back, he said, some of her medications have been approved.

But, he added, “They keep telling you it’s only approved for one time only. Which means that every month we have to go through this refill drama again. It’s unbearable.”

Britain, 48, who supervised most of the workers in the room on Dec. 2, was seated at a table when the shooters entered the room.

“I sat at the head of the table and watched it all happen,” he recalled recently. “I froze as he entered, and I think I was just in shock and disbelief at what I was seeing.”

Although he escaped physically uninjured, he soon realized he would need psychological treatment.

When he sought it, he said, county officials “made us feel ashamed that we even needed help if you weren’t physically injured.”

The policies and procedures required under workers’ compensation, which was never tailored for victims of terror attacks, can be daunting.

Workers must first submit a request to a county adjuster. If that person cannot approve it, the request is forwarded to “utilization review,” conducted by doctors at a company hired by the county.

Baker, of the Department of Industrial Relations, said state officials have told the county that some treatments being submitted for higher review could be approved at the county level.

Often, employees and their family members said they have found themselves stymied each step of the process.

But many have been particularly frustrated by decisions made during the review process by faraway doctors who do not treat the patient.

In one case reviewed by the Los Angeles Times, a woman who had been shot asked for authorization to consult with a psychologist.

Five months after the attack, she suffered from post-traumatic stress disorder and was having crying spells. She was unable to sleep and haunted by nightmares, according to records.

The utilization review doctor denied the request because “psychological evaluation and treatment has already been performed,” according to the records.

The county could change decisions made in utilization review, said county spokesman Wert, but he argued that doing so would be wrong.

“In cases of prescriptions and medical treatment it would be wrong for the county, which is not a doctor, to overrule a decision made by a doctor. It could harm the patient, make the county liable for anything that goes wrong and result in cancelation of the county’s insurance.”

The utilization review decision can also be appealed to the state for independent review.

Attorney Geraldine Ly, who represents nine of the victims, said that in her experience those appeals for treatment are overwhelmingly denied.

For some patients, a number of treatments and medications recommended by their doctors were submitted with detailed documentation but denied because reviewing doctors determined that the recommended treatments did not meet their guidelines, records show.

Cardinale, the program specialist, was in a bathroom when the shooting started. She and three others hid in a stall, standing on a toilet so their feet would not show under the door.

She has wanted to go back to work — and did so for almost six months — but has suffered from anxiety and panic attacks.

In November, she received notice that her anxiety medication, antidepressants and others would not be approved.

“The claimant should have already been completely weaned from this medication,” the determination read, even though Cardinale’s own doctor had prescribed it.

The same report noted that she suffered from PTSD and that her symptoms had been exacerbated by the anniversary of 9/11.

“My psychiatrist believes that I need to be on the medication. That’s why he wrote the prescription,” Cardinale said.

Cardinale and others said they were reluctant to raise their concerns publicly because talking about the attack and its aftermath is exceedingly painful.

But in recent weeks they decided to come forward, feeling that they were out of options.

On Monday, victims and their supporters spoke out at a Board of Supervisors meeting.

Julie Swann-Paez, who was shot, voiced her frustration at county supervisors for the way employees had been treated over the past year.

“We don’t feel as if were being treated as the county family,” she said. “More like the ugly stepkids, who, if we were just out of the picture, it would make everything run more smoothly.”