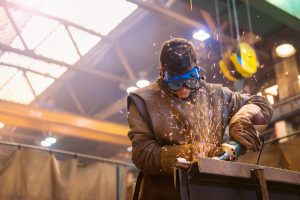 American factories expanded for the third straight month in November, another good sign for the American economy.

The Institute for Supply Management says its manufacturing index came in at 53.2 last month, up from 51.9 in October and highest since June. Anything over 50 signals growth.

New orders and production grew faster in November. Hiring and export orders increased but more slowly than they did in October. Eleven of 18 manufacturing industries reported growth last month, led by petroleum and coal producers.

From October 2015 through February this year, American manufacturing retreated in the face of economic weakness overseas and a strong dollar, which makes U.S. exports more expensive. But factories began to recover as the dollar tumbled during the first half of the year.

The ISM manufacturing index resumed growth in March and has topped 50 for eight of the last nine months.

The Commerce Department said last week that orders for big-ticket manufactured goods increased in October by the most in a year, pulled higher by a surge in demand for commercial aircraft.

The Commerce Department reported Tuesday that the U.S. economy grew at an annual rate of 3.2 percent from July through September, fastest in two years. The unemployment rate is 4.9 percent, close to what economists consider full employment. Employers have been adding 181,000 jobs a month so far this year, solid but down from 229,000 a month in 2015.

The Conference Board reported this week that U.S. consumer confidence rose to the highest level in more than nine years last month. And the stock market has rallied since the Nov. 8 election of Donald Trump.

“Early indications of a strong post-election rise in business sentiment, along also with a surge in consumer confidence, should support further gains (in manufacturing) going forward,” Ted Wieseman, economist at Morgan Stanley, wrote in a research report.