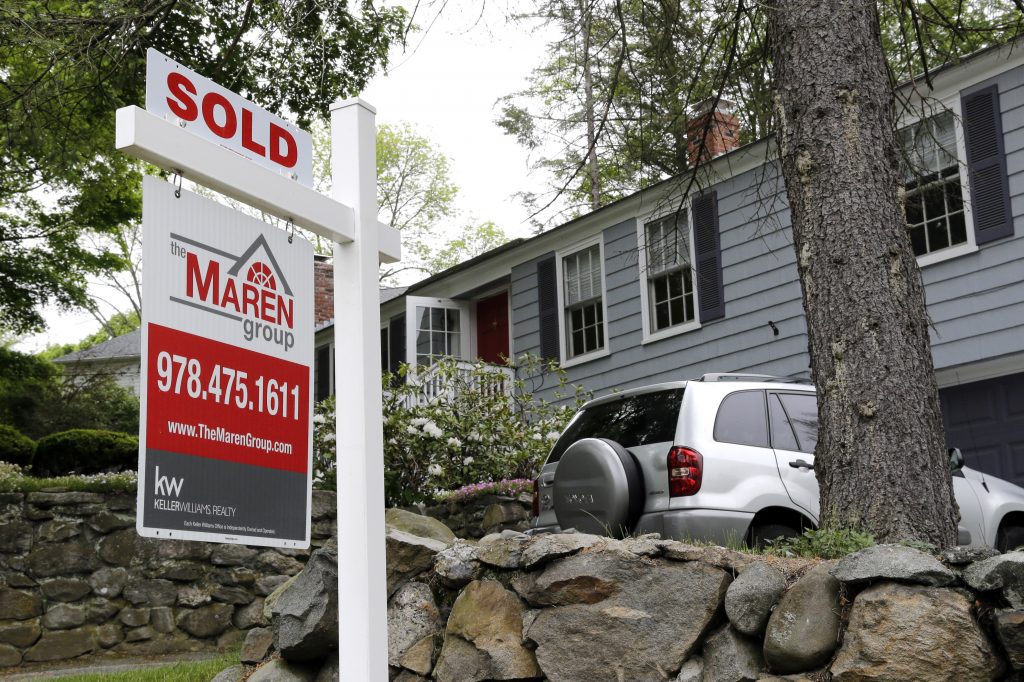 Mortgage giant Freddie Mac said Thursday the average rate on a 30-year fixed rate loan rose to 4.08 percent from 4.03 percent the previous week. The benchmark rate topped its 3.93 percent level of a year ago.

The rate on 15-year home loans, a popular choice for people who are refinancing, jumped to 3.34 percent from 3.25 percent.

Long-term mortgage and interest rates have climbed in the four weeks since Trump’s surprise victory on Nov. 9 to become the country’s next president.

Bond investors are looking toward tax cuts and increased government spending to upgrade roads, bridges and airports under a Trump administration, which could fuel inflation. That would depress prices of long-term Treasury bonds because inflation would erode their value over time. When bond investors foresee rising inflation, they demand higher long-term yields and pay lower prices for bonds. Bond yields move opposite to prices and also influence long-term mortgage rates.

The yield on the 10-year Treasury bond stood at 2.38 percent Wednesday, the same as a week earlier and up from 1.87 percent on Election Day, Nov. 8. It climbed to 2.45 percent Thursday morning, its highest level since July 2015.

More immediately, Federal Reserve policymakers are expected to raise the central bank’s benchmark rate at their Dec. 13–14 meeting for the first time in nearly a year. Fed Chair Janet Yellen recently told Congress that the case for a rate boost has “continued to strengthen.”

The effect of advancing mortgage rates could be seen in reduced activity by prospective homebuyers. Applications for mortgage loans fell 9.4 percent in the week ended Nov. 25 from a week earlier, according to the Mortgage Bankers Association. Applications for refinancing dipped 16 percent.

The average doesn’t include extra fees, known as points, which most borrowers must pay to get the lowest rates. One point equals 1 percent of the loan amount.

The average fee for a 30-year mortgage was unchanged this week at 0.5 points. The fee on 15-year loans also remained at 0.5 points.

Rates on adjustable five-year loans rose to 3.15 percent from 3.12 percent. The fee was steady at 0.4 points.