Business Starbucks: Schultz to Step Down as CEO, Focus on Innovation
Business 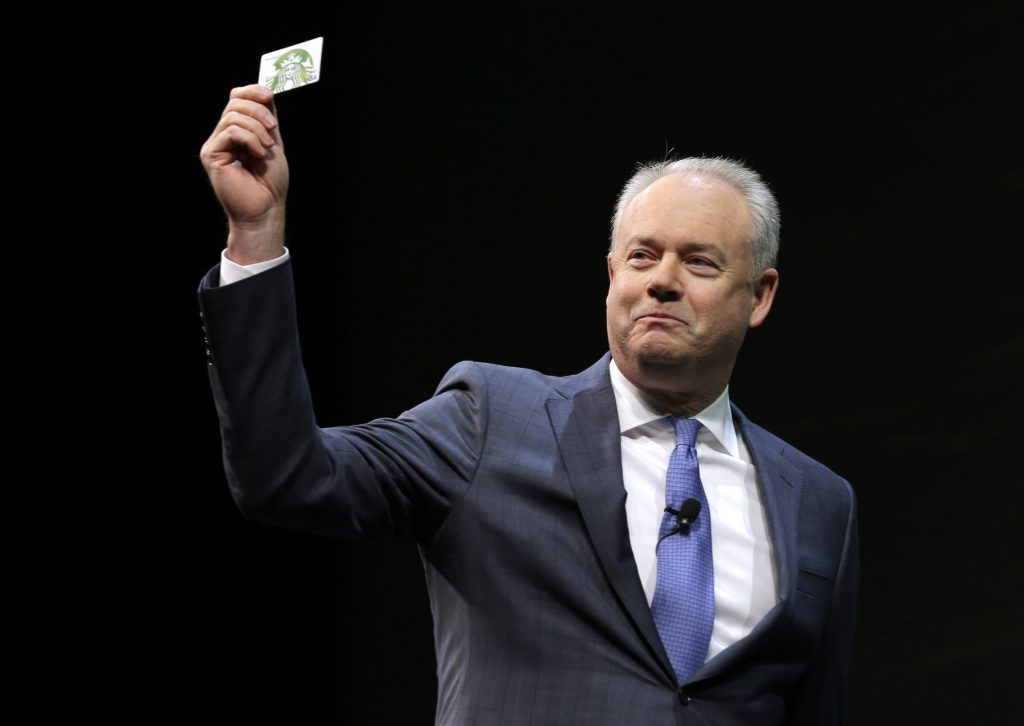 Starbucks says CEO Howard Schultz, who transformed the chain into a global coffee brand, is stepping down from that role at the chain that he joined more than 30 years ago.

The Seattle-based company announced Thursday that Kevin Johnson, who was named president and chief operating officer last year, will become chief executive as of April 3.

Schultz, currently chairman and CEO, will become executive chairman to focus on innovation and social impact activities, among other things.

In a message to Starbucks employees, Schultz spoke of his “enduring love” for the company and called himself “incredibly excited” to work on projects such as the expansion of premium Starbucks Roasteries around the world.

He is credited with turning around the coffee chain’s fortunes since returning as its CEO in 2008. Schultz, 63, has overseen the expansion of the company’s popular loyalty program and mobile app and worked to expand food and beverage offerings.

Speaking on a conference call, Johnson called Schultz one of the world’s “most iconic leaders and entrepreneurs.”

The company’s sales have grown impressively in the U.S., although they’ve slowed more recently.

During an interview with CNN in September, Schultz publicly endorsed Democratic presidential nominee Hillary Clinton, and did not rule out running for office at some point. In his message to employees Thursday, he said he planned to extend his “focus on our social impact agenda.”

Shares of Starbucks slid 3.6 percent to $56.44 in after-hours trading.

Johnson, 56, will take charge of the company’s global business and operations. He joined the Starbucks board in 2009 and has spent years at technology companies including 16 years with Microsoft and five as Juniper Networks CEO.