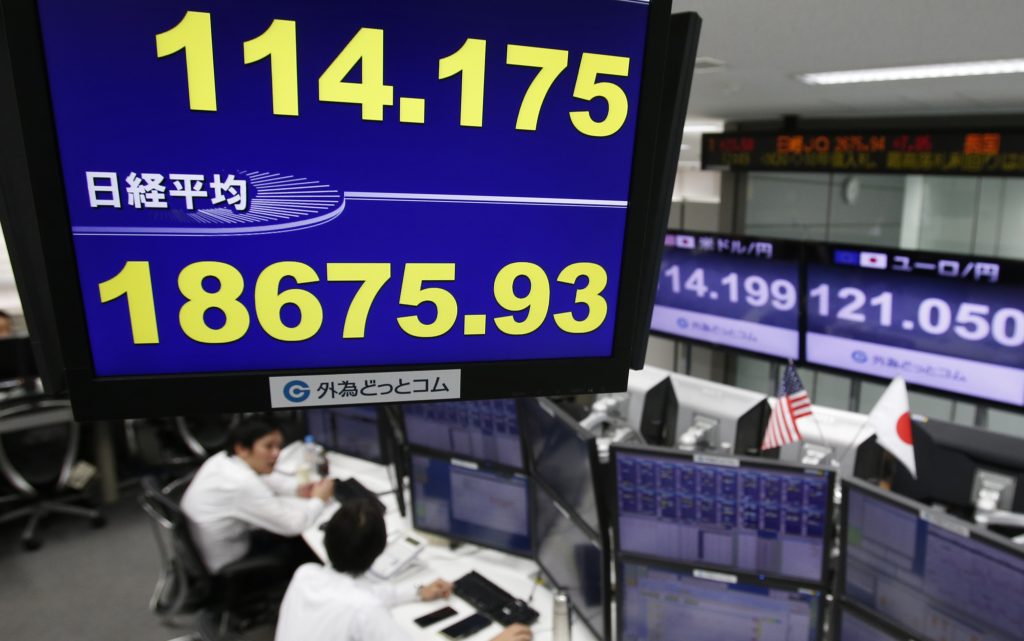 Oil prices and energy shares swept higher on Thursday after OPEC agreed to cut crude output to clear a glut, while the dollar and bond yields rose sharply on prospects that resulting inflationary pressures will lead to higher interest rates.

The Organization of the Petroleum Exporting Countries on Wednesday agreed to its first output cut since 2008, finally taking action after global oil prices fell by more than half in the last two years.

Non-OPEC Russia will also join output reductions for the first time in 15 years.

U.S. crude oil added to overnight gains of 9 percent to reach $50.00 a barrel for the first time since late October. Brent crude, which soared $4 overnight, touched a six-week peak of $52.35 a barrel.

The jump in oil prices added to inflation expectations in the United States, which were already high on prospects that President-elect Donald Trump would adopt reflationary policies using a large fiscal stimulus.

As a result, U.S. Treasuries resumed their rout, with prices sliding and yields spiking, to send the dollar rallying against its peers. The yield on 30-year bonds, which are most sensitive to inflation eroding their value, has climbed 9 basis points since late Tuesday, heading back towards a 14-month peak of 3.09 percent marked last week.

“The reflation trade continues to work in earnest; this time Trump has taken a back seat and OPEC and Russia have taken the initiative and lit the fuse under the oil price,” wrote Chris Weston, chief market strategist at IG in Melbourne.

“The consensus was that we would get some sort of loose agreement from the collective that kept oil supported, but left the market asking many more questions. What we have seen, however, has been real meat on the bone.”

If the bounce in oil prices gathers pace after the OPEC deal it was expected to have a broad implication on the global economy.

Brent is off the 12-year low of $27 per barrel marked in January but still less than half of where it was in 2014.

Economists expect a further recovery in crude to bode well for oil-exporting economies, while potentially easing deflationary pressures in developed economies locked in a battle against falling prices.

Steven Mnuchin, Trump’s pick to lead the U.S. Treasury, gave no hint of any unease at the strong dollar in his first remarks since being named for the job, giving traders fresh impetus to buy the greenback.

“I think it is just a matter of time that the dollar will test 115 yen after Mnuchin was silent about the dollar’s strength,” said Masafumi Yamamoto, chief currency strategist at Mizuho Securities.

In Asian equities, Australian stocks were up 0.9 percent and Japan’s Nikkei hit an 11-month peak. Tokyo’s mining sub-sector jumped more than 10 percent and was the biggest gainer on board.