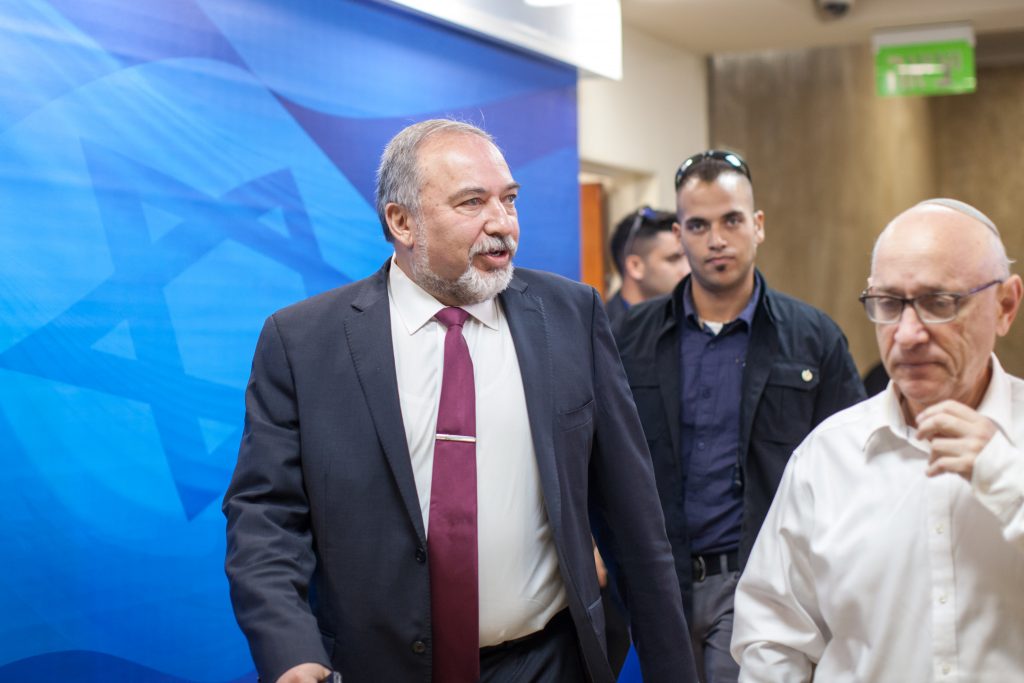 Liberman told the ambassadors that “What has been happening these past 10 years regarding global security is very troubling. The U.N., like other international bodies, has been unable to solve these problems, and is becoming less and less relevant on the international stage.”

“What happens in Syria, where more than half a million people have been killed, and what happens elsewhere in the Middle East, where hundreds of people are killed on a daily basis, as well as what is happening in some African countries and other regions around the world should trouble everyone,” Liberman said.

Liberman raised the issue of the actions of North Korea. “A crazy leader holds his own people hostage and violates all international laws regarding the use of nuclear weapons, and there is no real effective action by the Security Council or the U.N. to stop it.”

“All of this is connected to other areas, such as the absurd anti-Israel resolutions from UNESCO and the Human Rights Council… The [UNESCO] decision that there is supposedly no connection between the Jews and the Temple Mount is a decision which reeks of hypocrisy and proves that the U.N., including the Security Council, [does] not perform [its] duties and [is] becoming irrelevant to the rest of the world.”

Ambassador Danon said that the U.N. ambassadors came to be briefed on Israel’s security challenges by the Defense Minister and that they expressed great interest in how Israel deals with the complex challenges of the Middle East.